Somewhere between Cairo and Paris, it became Sunday, at which point I became acutely aware that my Grand Egyptian Adventure was over. And, in case I needed a not-so-subtle reminder, the cold winds of Western Europe slapped me across the face for good measure as I stepped out of Charles de Gaulle and into my taxi. Speeding away from the curb, I silently crunched the numbers: 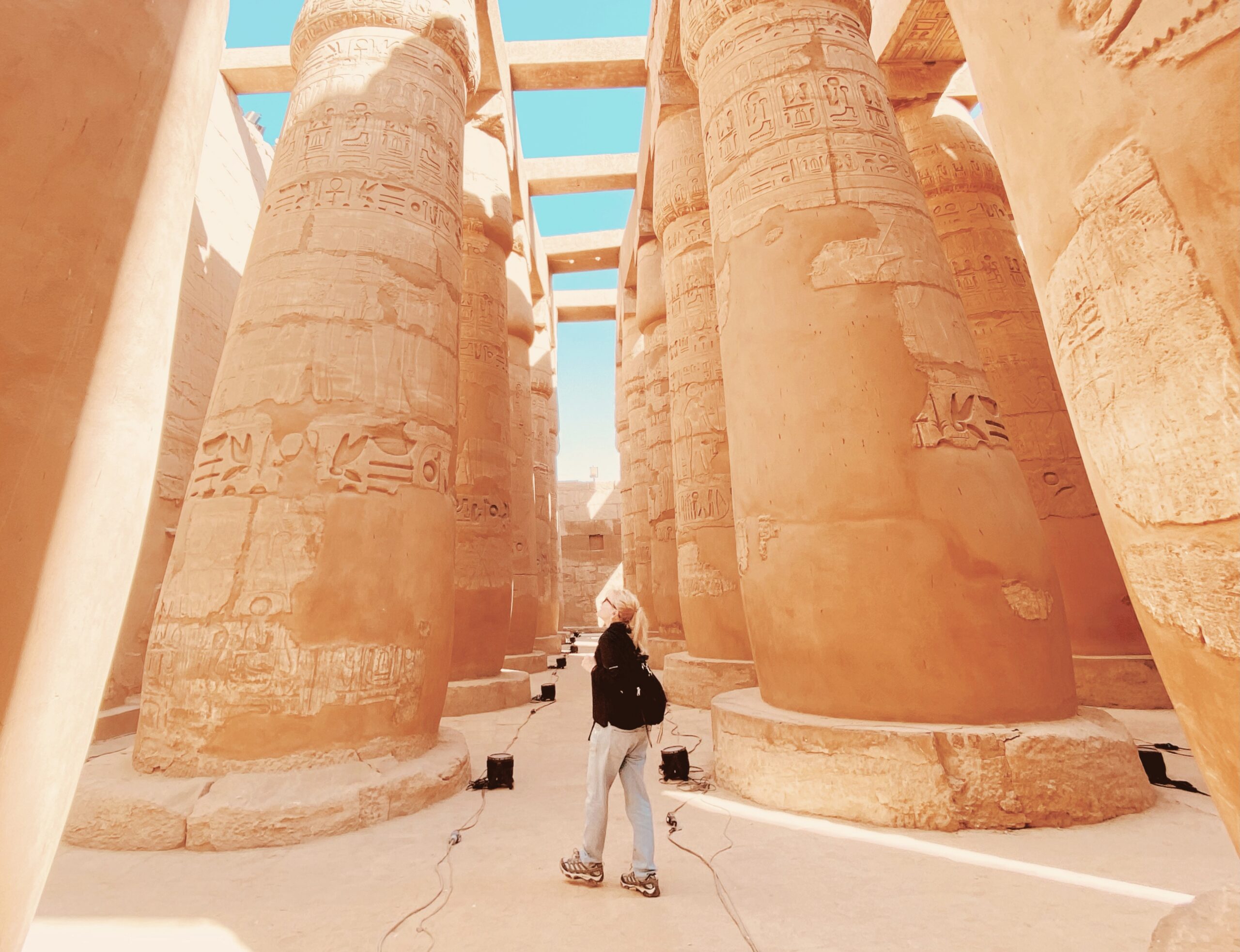 For the second time in as many years, I’ve visited this legendary land of kings and queens, of gods and pharaohs. Here I am exploring the Temple of Karnak located in Luxor, Egypt.

For the second time in as many years, I’ve visited this legendary land of kings and queens and gods and pharaohs. And, after all the numbers are tallied, there is but one conclusion:  If Egypt is not yet on your radar, it absolutely should be.  Perhaps you’ve been before and think you’ve seen it all?   Think again.

Nine Things You Absolutely, Positively Must Do in Egypt Before You Die:

One.   Felucca across the Nile in Aswan.  Simply put, a felucca is a traditional Egyptian boat made of wood with a canvas sail.  Sailing by felucca offers you the opportunity to travel the River Nile as the ancient Egyptians would have during the time of the pharaohs. Traveling by felucca is an experience not to be missed. 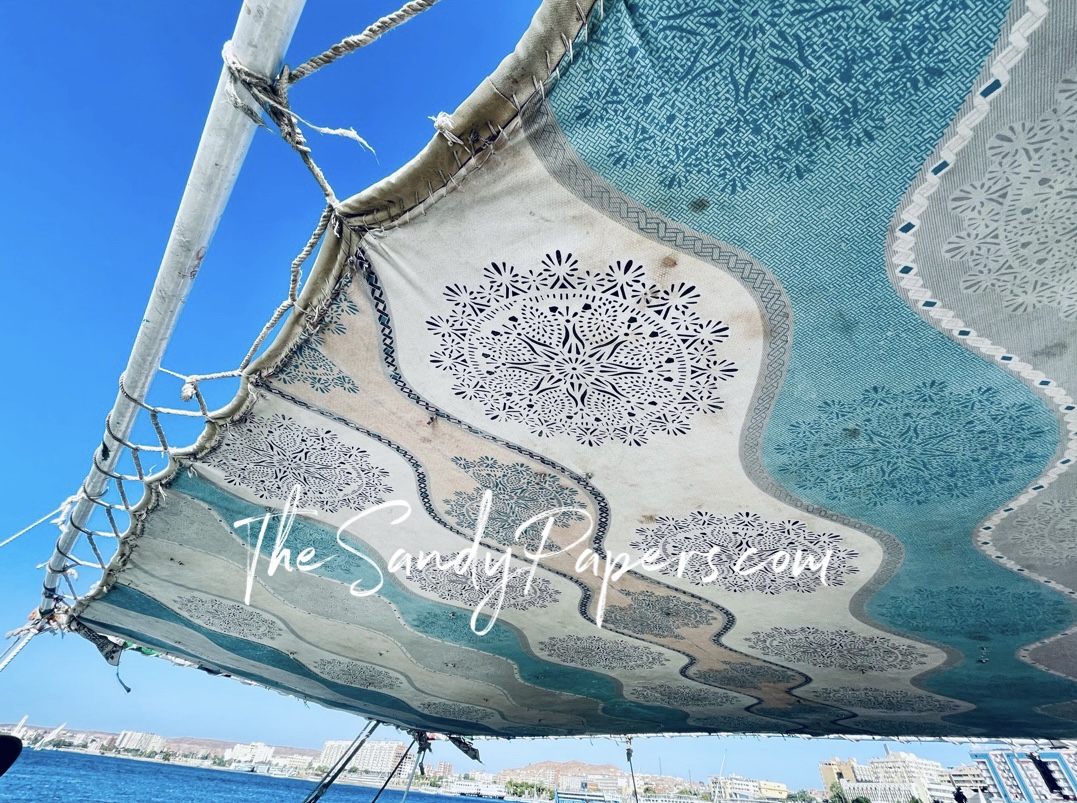 Traveling by felucca is an experience not to be missed.

Two.  Hire a tuk-tuk in Old Town, Alexandria.   Hailing a tuk-tuk and negotiating the fare is the easy part.   Surviving the experience is another matter entirely. Navigating the narrowest of alleyways alongside horses, donkeys, pedestrians, cars, carts, bicycles, motorbikes and microbuses seamlessly is an adventure I won’t soon forget. 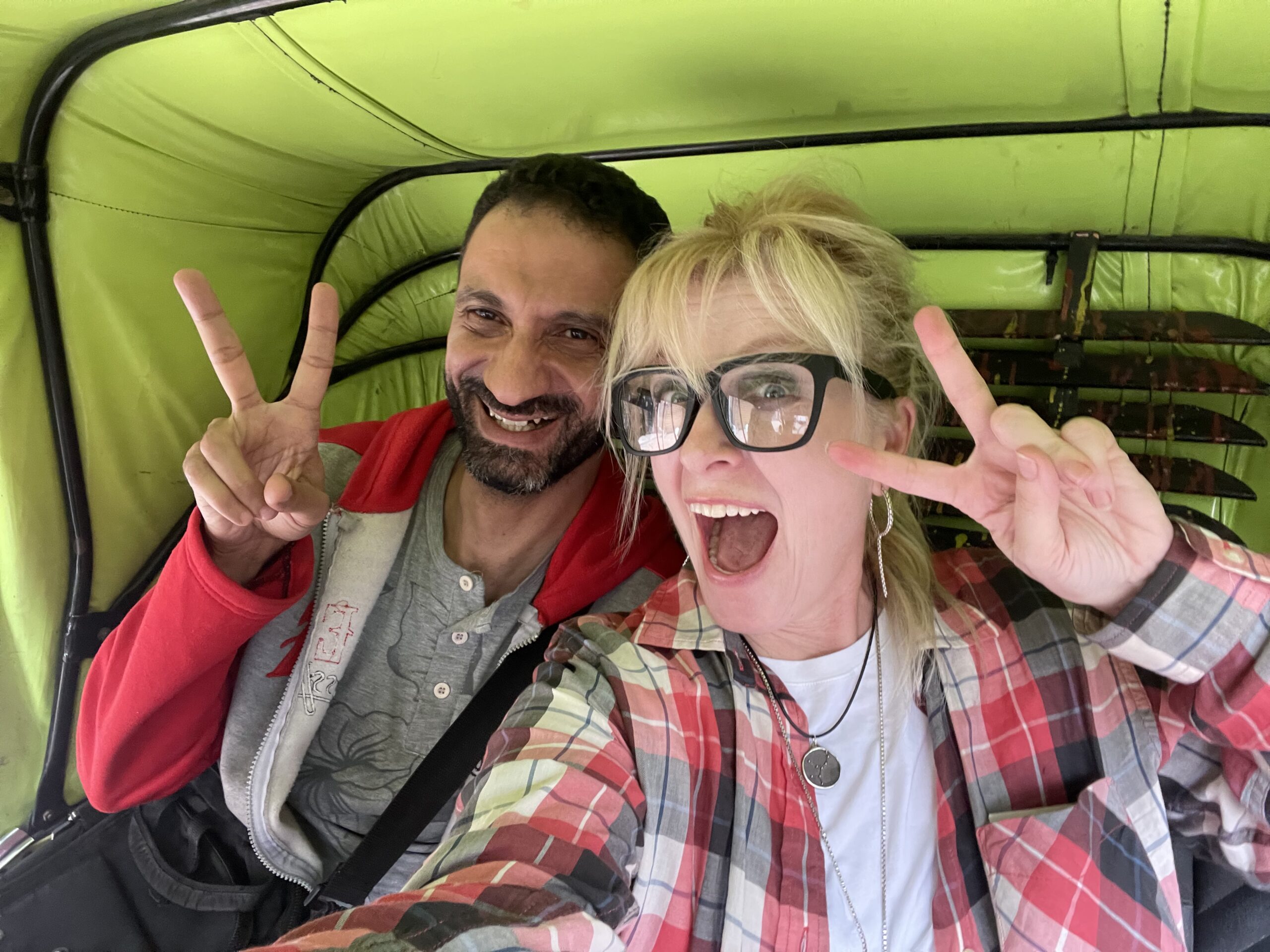 Tuk-tuking around Old Town Alexandria, Egypt with my friend.

Three.  Skip the camel ride.  My firsthand observations were heartbreaking!   The camels, as well as the horses, are horribly mistreated and NO ONE should be rewarded for abusing animals.  Quad bike around the pyramids instead. It’s more fun and you’ll feel good about doing good. 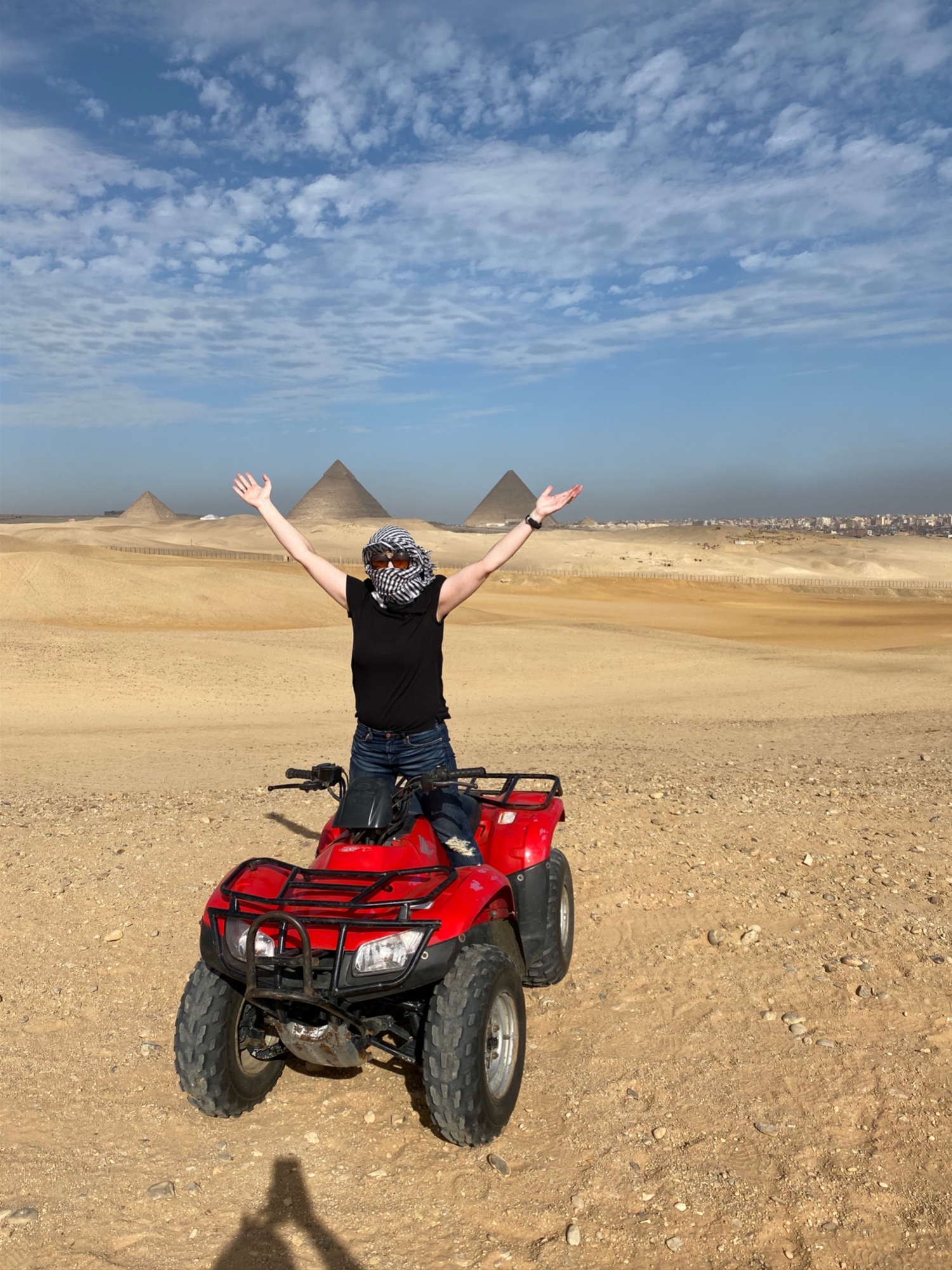 Four.  Hot air balloon over the Valley of the Kings in Luxor.  Or die trying.   I did ALL OF THE THINGS (4:30 a.m. wake-up call, quick breakfast, drive to first drop point, motorboat to next drop point, van ride to the balloon assembly point). Still, the gods were having none of it.  After a two-hour wait, the winds never calmed down enough to fly. All the more reason to return to Egypt yet a third time. 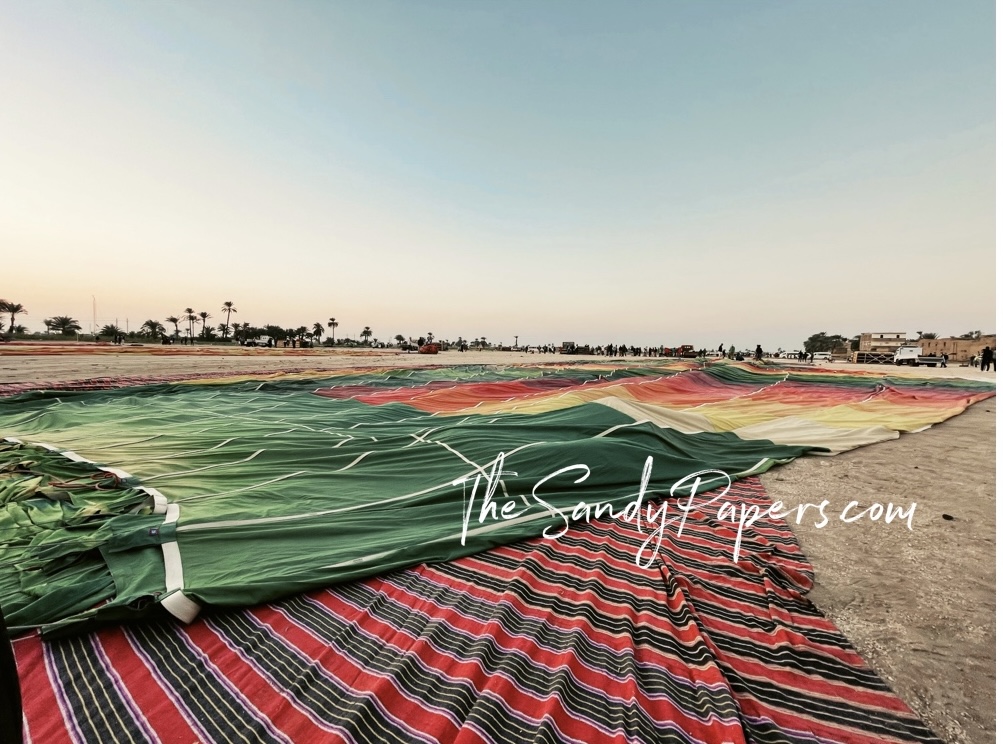 My first attempt at air ballooning over the Valley of the Kings in Luxor was an epic fail due to high winds. Yet another reason to return to Egypt.

Five.  Visit the brand new National Museum of Egyptian Civilization in Old Cairo and the Grand Egyptian Museum in Giza.  At the time of this writing, the Grand Egyptian Museum was not yet open, but I did have the opportunity to visit NMEC.  The big draw here is the Mummy Parade!   Twenty-two royal mummies are housed inside (18 kings, four queens), including Egypt’s most powerful queen, Hatshepsut.  A beautiful museum with carefully-curated exhibits, NMEC also offers stunning panoramic views of Cairo. Once the long-awaited opening of the Grand Egyptian Museum finally happens, I’ll plan my return visit, along with a balloon ride over the Valley of the Kings.

Six.  After you’ve taken in the spectacular views of the Pyramids of Giza and the Sphinx, head northwest of Memphis to the Saqqara necropolis where you can gaze upon the Pyramid of Djoser, the oldest pyramid in the world. 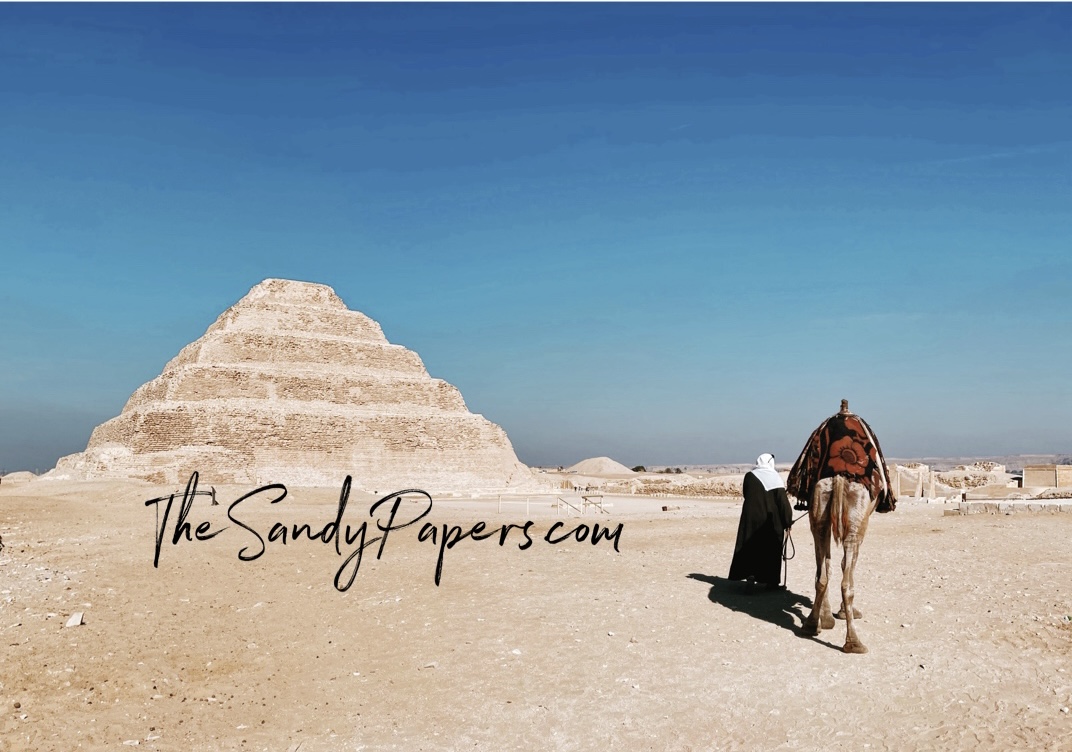 Head northwest of Memphis to the Saqqara necropolis and gaze upon the Pyramid of Djoser, the oldest pyramid in the world.

Seven.  Eat like a local with the locals at Sobhy Kaber in downtown Cairo.  I dare you! 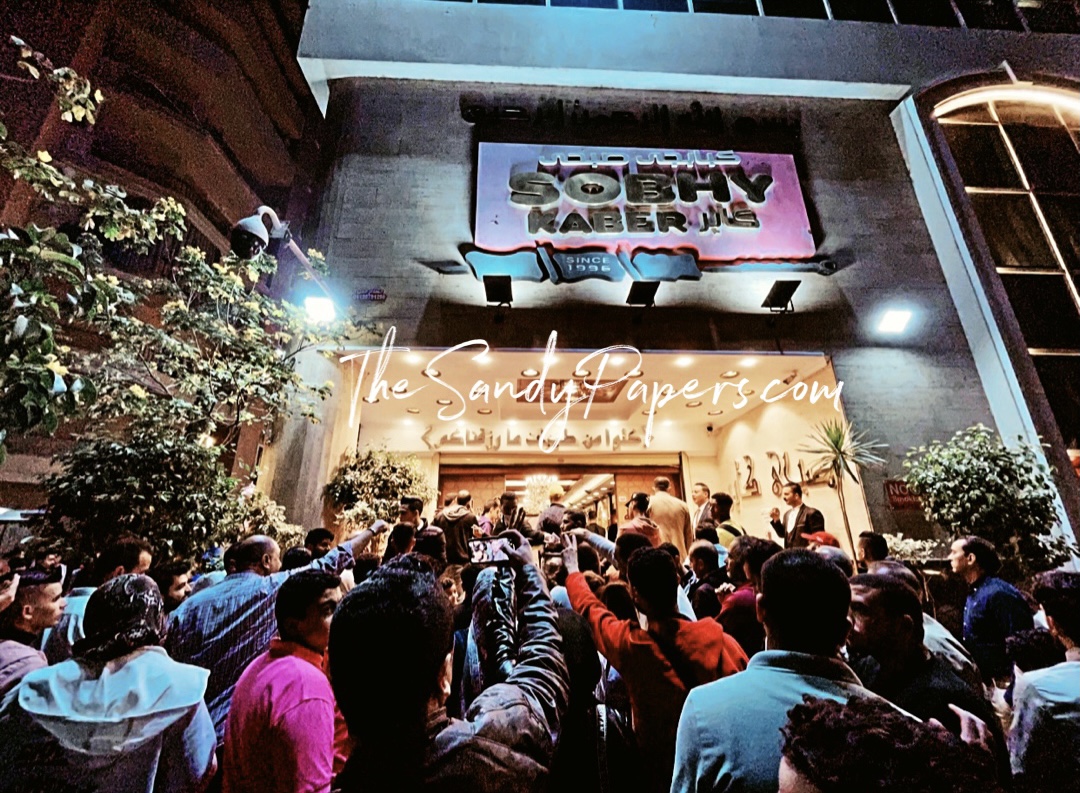 Eat like a local with the locals at Sobhy Kaber. I dare you!   It was the most insane supper experience I’ve ever had!

Eight.  Marvel at the Coptic Churches of Cairo, including the miraculous Hanging Church. Officially named Saint Virgin Mary’s Coptic Orthodox Church, you’ll find the Hanging Church deep in the heart of Old Cairo. Contrary to its unusual nickname, though, the Hanging Church is not actually suspended from anything. Dating back to the third century, the most famous site in Coptic Cairo received its moniker because it’s built atop the ruins of the Roman fortress of Babylon. Shockingly, its nave is suspended over a passageway. This historic church is also the site of several reported Marian apparitions. Containing a spectacular collection of saints’ relics, the Hanging Church is a must-see in Coptic Cairo.

Containing a spectacular collection of saints’ relics, the aptly-named Hanging Church is a must see in Coptic Cairo.

Nine.  Indulge in High Tea (and cocktails!) at the Old Cataract Hotel in Aswan.  If you love Agatha Christie as I do, this is non-negotiable.  Christie penned her timeless classic Death on the Nile while living at the hotel in 1937. Feeling splurgy?  Book her suite for the night.  Feeling super-extra? Go for the Winston Churchill.  In my opinion, it is the best room in the house. 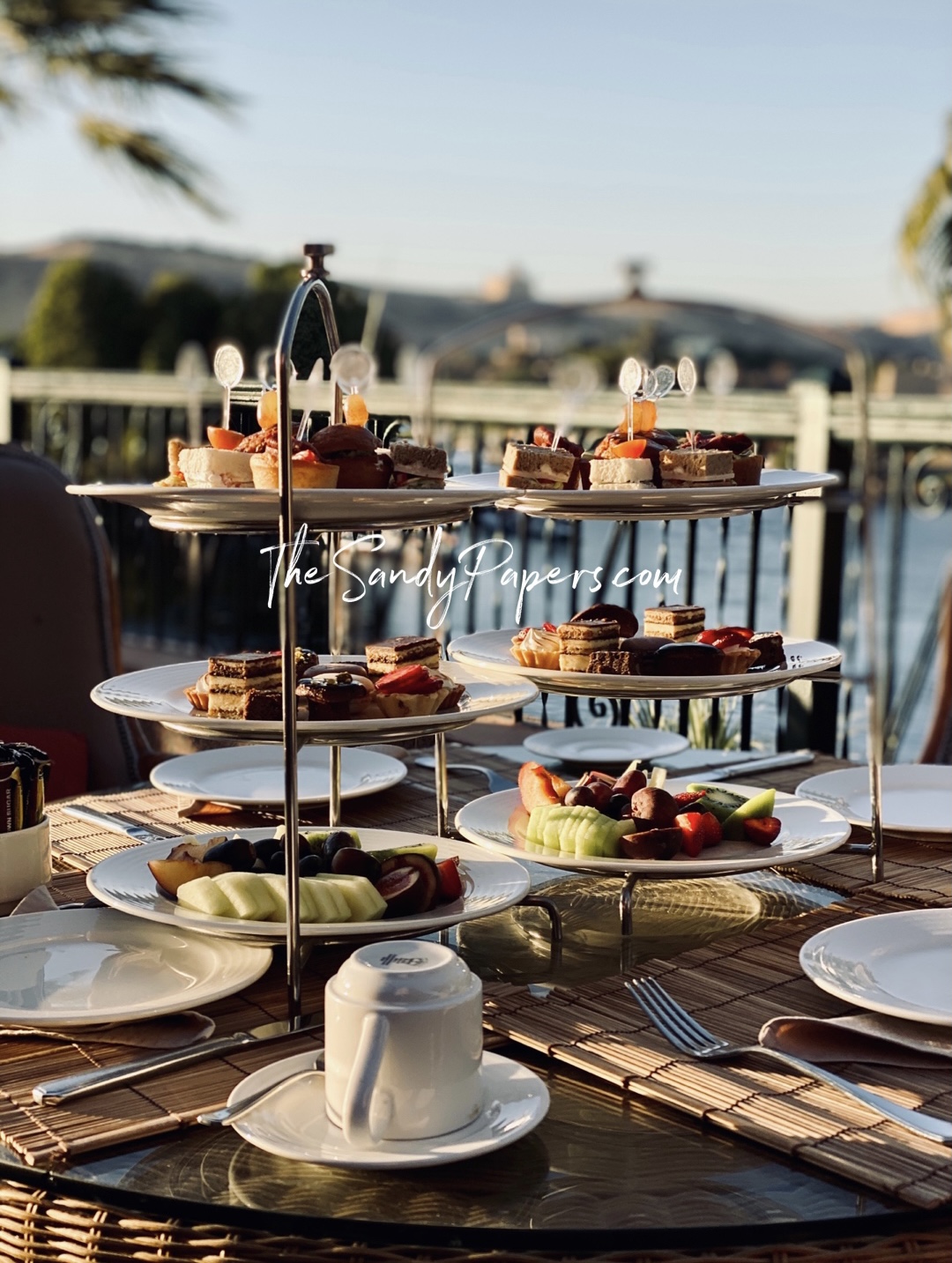 Indulge in High Tea (and cocktails!) at the Old Catarack Hotel in Aswan.

In a nutshell, Egypt is home to one of the world’s most ancient and greatest civilizations.  From the oldest standing pyramid in the Saqqara necropolis, to the grand tombs and temples of Luxor, to the cataracts of the Nile, to the Coptic churches and bustling souks of Cairo, the opportunities for discovery are endless.  Whether you’re planning your first trip to Egypt or your next, there is always something new waiting for you!

Speaking of waiting, my time is up.   We’ve made it into Marais. That’s right, y’all. We’re going to jingle all the way through Paris this Christmas season.  Because nobody likes a half-assed jingler.  x Sandy 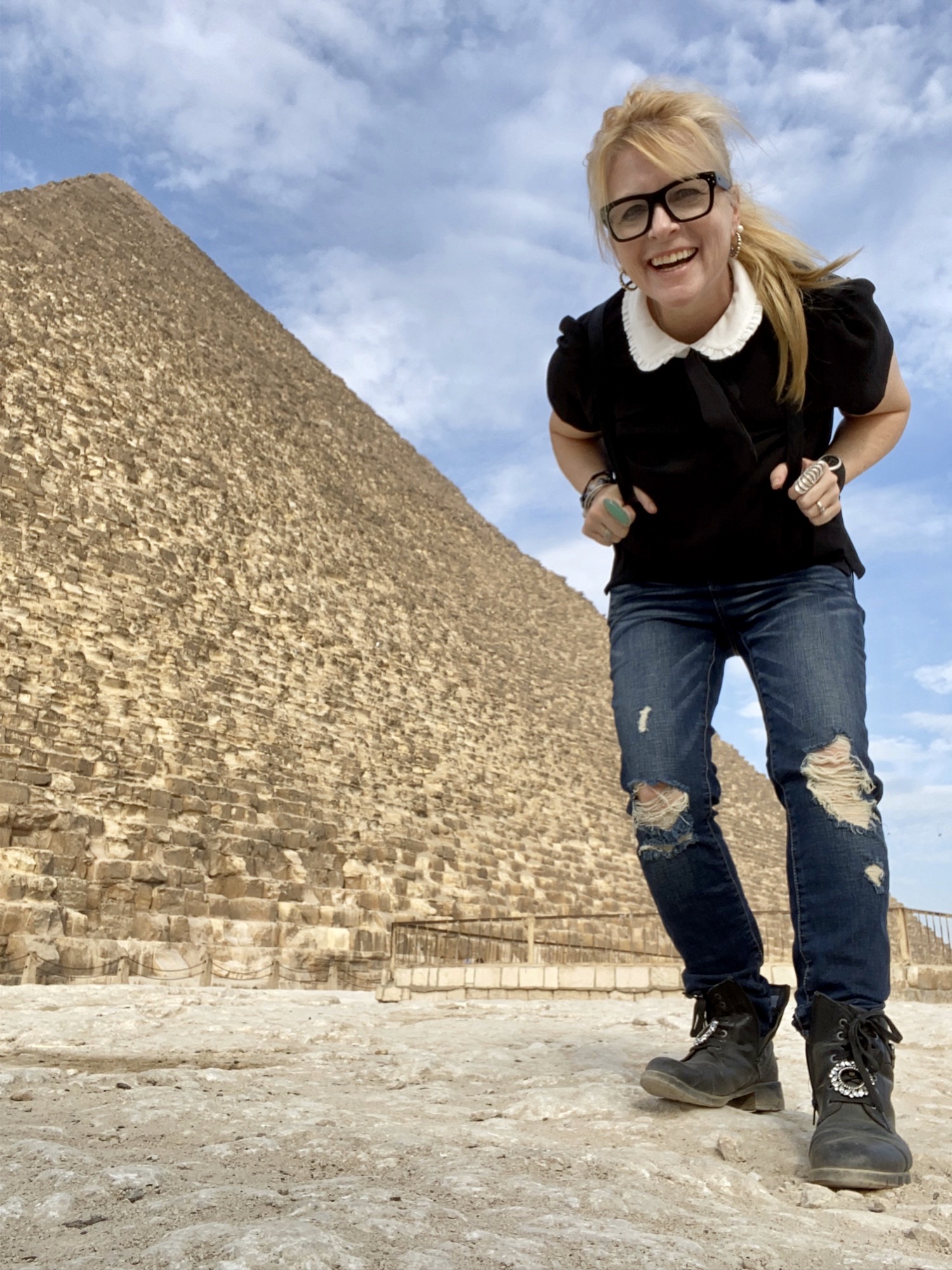 Whether you’re planning your first trip to Egypt or your next, the opportunities for discovery are endless!