Safari is a year-round adventure and the planning process is exciting!   Africa is a vast continent and the possibilities for exploring it are endless. From gorilla trekking in Rwanda to Big Five game drives in Tanzania, researching destinations and designing an itinerary with your safari planner occupies a tremendous amount of your free time.   And, of course, deciding what to wear and which camera to bring are all part of the fun, too!

Looking for a safari planner? Hit me up! Africa is my speciality and I’m very good at what I do.

When planning your safari, conversations often center around Africa’s iconic wildlife. Whether you’re a full-fledged Africaphile or just beginning your research, you’ve likely heard the term ‘Big Five’.  For most first-time safari-goers, the Big Five are on the list.  But did you also know there’s the Small Five, the Shy Five, the Ugly Five, the Impossible Five and even the Marine Five?   If this is your first time on safari, you may be asking yourself, “What’s it all about?” So, let’s break down a safari by the numbers, starting with — you guessed it! — the Big Five.

One of the Big Five, the African Lion lives in scattered populations across Sub-Saharan Africa. Seen here in the Maasai Mara, Kenya.

The Big Five.  You may be surprised to learn that the Big Five has nothing at all to do with size.  First coined by big game hunters, the ‘Big Five’ was a term used to describe the animals they viewed as the most difficult and ferocious to hunt on foot: The African Elephant, the African Lion, the African Leopard, the Rhinoceros (White or Black) and the African Buffalo.  The Big Five can be seen in many reserves in Africa, but it is worth doing your research to ensure you are visiting the right places for what you want to see.  For example, Lewa Conservancy in Kenya is a wonderful place to observe either the White or Black Rhino while Botswana’s Chobe National Park and Tanzania’s Tarangire National Park are outstanding places to observe the African Elephant and Serengeti National Park is home to some 3,000 lions. 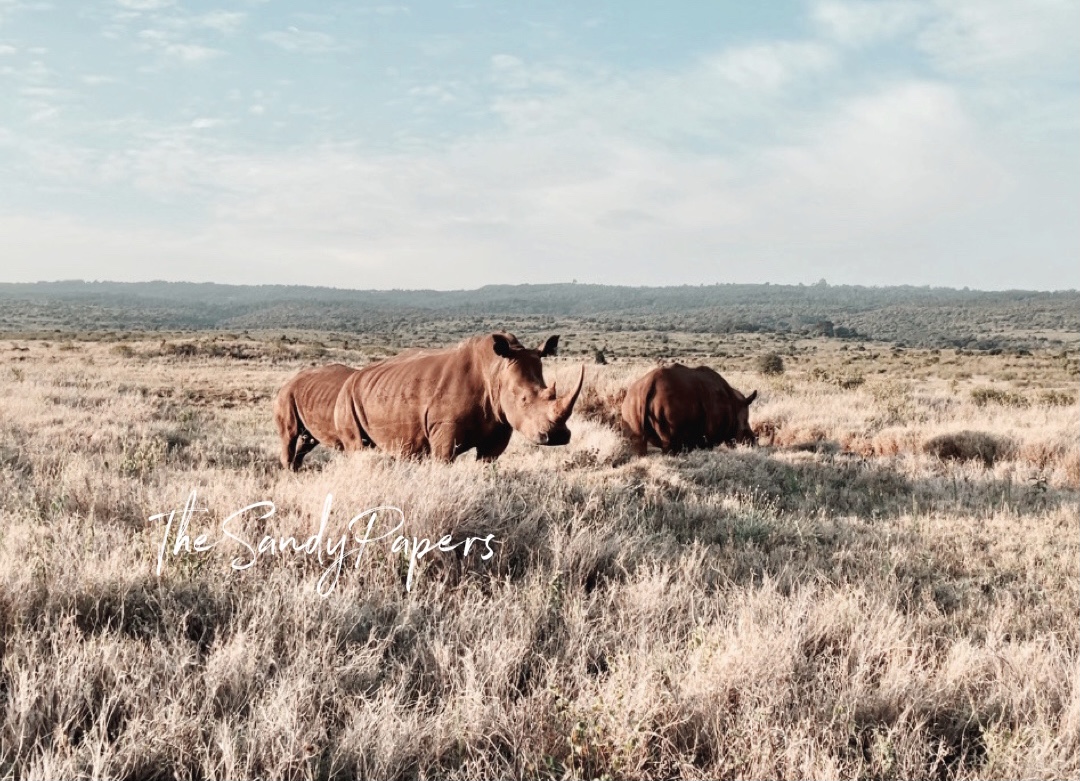 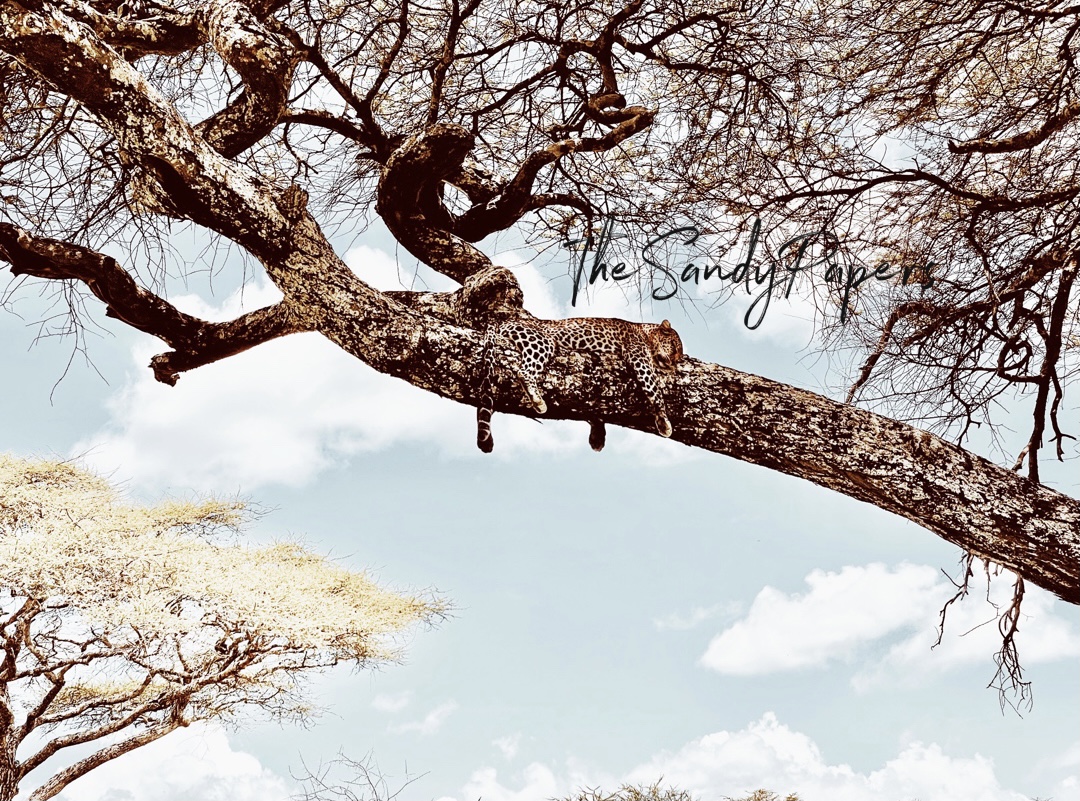 (Safari side note:  In some circles, the Big Five has been expanded to the Big Seven, which includes two other popular yet elusive creatures:  The African Wild Dog and the Cheetah.) 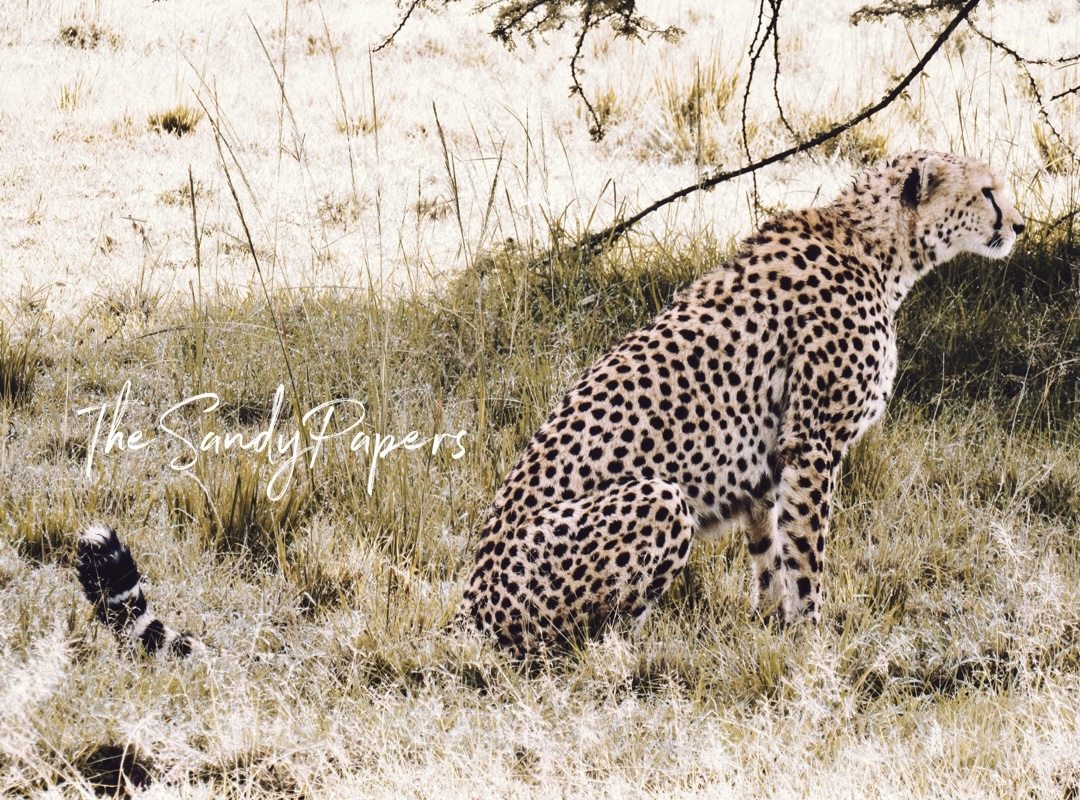 My favorite cat is the Cheetah, seen here in the Maasai Mara, Kenya.

The Small Five.  Once you’ve ‘captured’ the Big Five, you might be looking for a new challenge. Comprised of five (obviously) very small animals, the Small Five also share names with the traditional Big Five but can be incredibly difficult to spot.  Leading the list is the adorable Elephant Shrew.  Closely related to the elephant, the Elephant Shrew resembles a rodent and is not related to shrews at all!  Native to Southern Africa, your best bets for spotting them are likely in South Africa or Namibia.  Rounding out the Small Five are the Buffalo Weaver, the Leopard Tortoise, the Antlions and the Rhino Beetle. 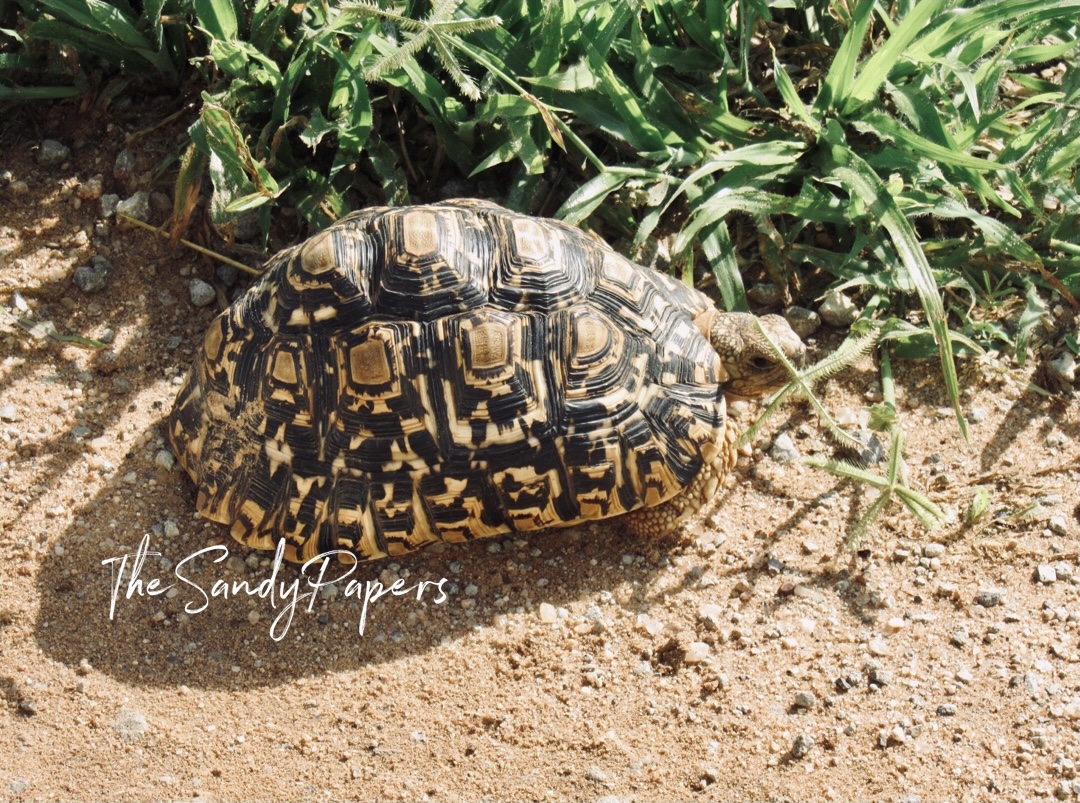 The Leopard Tortoise, spotted in Tanzania’s Tarangire National Park, is one of the Small Five.

The Ugly Five.  I think it’s just awful that the so-called Ugly Five have been assigned this brutal classification.  All animals are beautiful in their own way.  Yet, for better or worse, each of these incredible creatures have earned themselves a spot on the so-called Ugly Five:  The Marabou Stork, the Vulture, the Wildebeest, the Hyena and the Warthog.  Personally, I find each of these animals completely adorable!  Take the Wildebeest.  Nicknamed the ‘Spare Parts’ animal, the Wildebeest has the tail of a horse, the stripes of a zebra and the beard of a billy goat.  It’s easy to understand how this name stuck.

Along with the Wildebeest, I find the Warthog wonderfully entertaining to watch.  Seriously, how can you not fall in love with the Warthog?!  And then there’s the Vulture.  With 11 different species in Africa, vultures are vital to our ecosystem and play an important role in controlling the spread of disease.  Yet, sadly, most are now endangered. 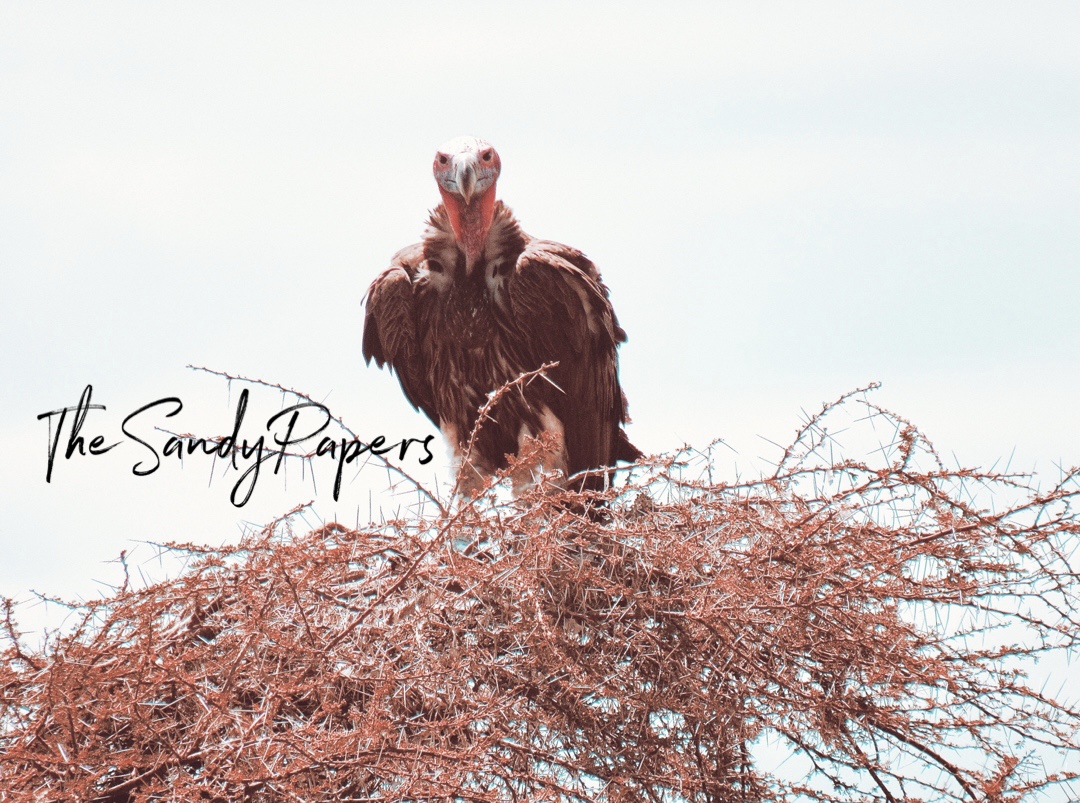 With 11 different species in Africa, vultures are vital to our ecosystem and play an important role in controlling the spread of disease.  Yet, sadly, most are now endangered.

The Special Five.  Named for the Kenyan reserve in which they are found is the Samburu Special Five.  Located on the edge of Northern Kenya’s arid savannahs, you won’t find a more diverse concentration of wildlife than Samburu.  Comprised of five animals found in Samburu National Reserve, the Special Five consists of the Reticulated Giraffe, the Somali Ostrich, the Beisa Oryx, Grevy’s Zebra and the Gerenuk.  While these animals can be spotted elsewhere, Samburu stands on its own for rare and diverse game. 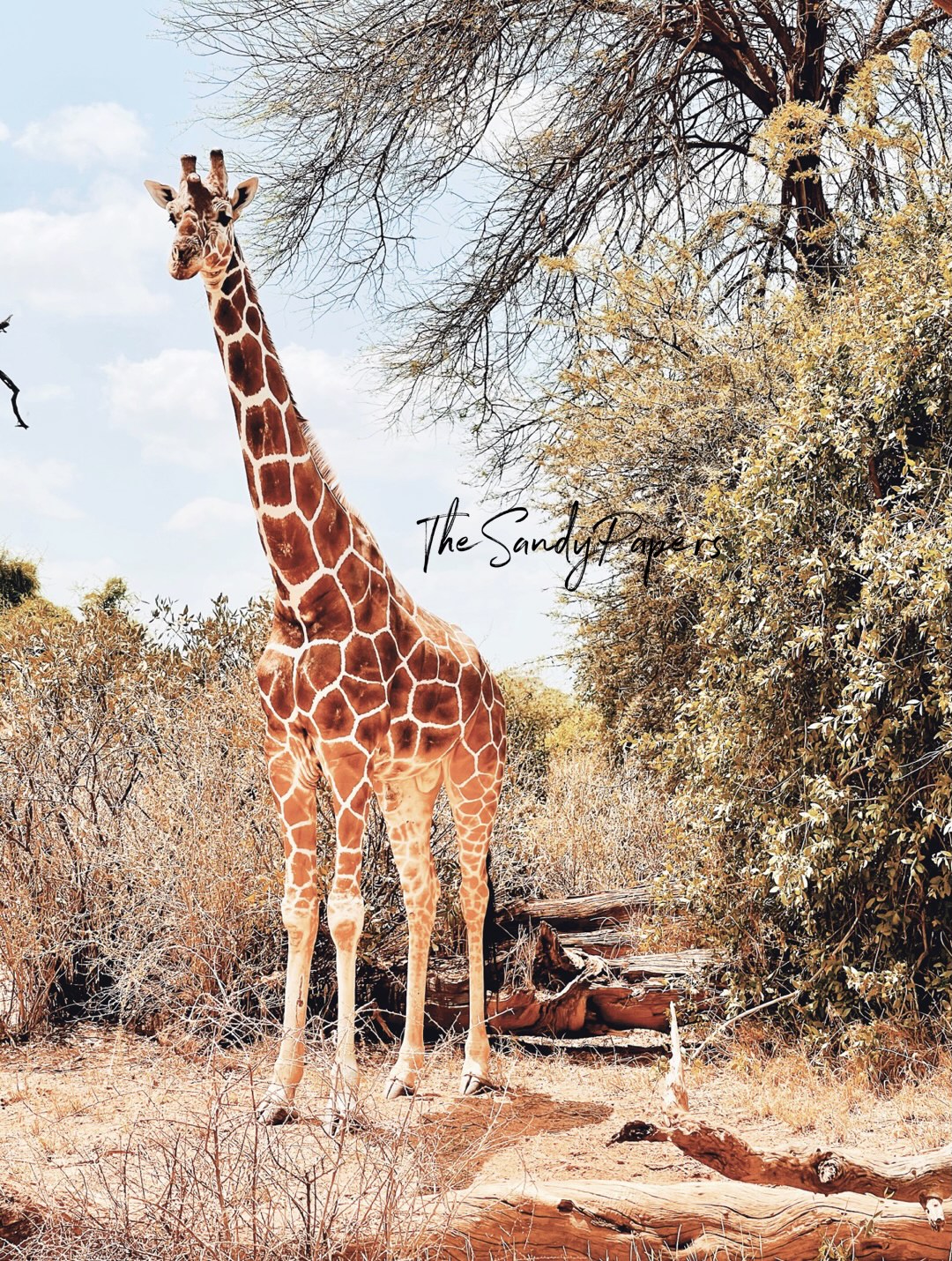 One of the Special Five is the Reticulated Giraffe, seen here in Samburu, Kenya. 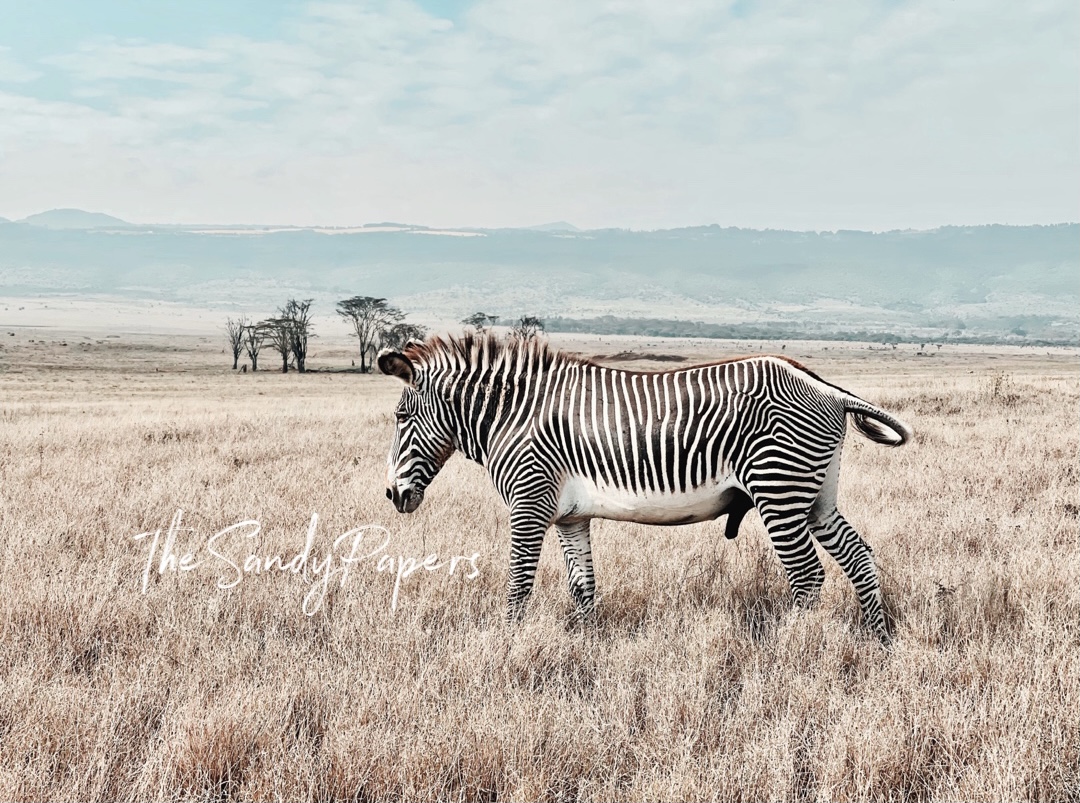 The Grevy’s zebra as spotted in Kenya’s Lewa Conservancy.

The Impossible Five.   Certainly rare and very difficult to spot, I’ve only seen two of these:  The Aardvark and the Riverine Rabbit.   Rounding out the rest of the five are the the Cape Mountain Leopard, the Pangolin and the White Lion.

I’ve only seen two of the Impossible Five: The Aardvark and the Riverine Rabbit.

The Marine Five.  Once you have conquered a safari on land, it’s time to test your skills on the water.  The point where the Atlantic and Indian Oceans converge just off the southernmost part of the African continent create one of the most biodiverse marine areas in the world!   Places like Cape Town, Mossel Bay and Port Elizabeth allow you the opportunity to view the Marine Five up close.  An eclectic bunch, the Marine Five are comprised of the Southern Right Whale, the Great White Shark, the Cape Fur Seal, the Bottlenose Dolphin and the African Penguin. 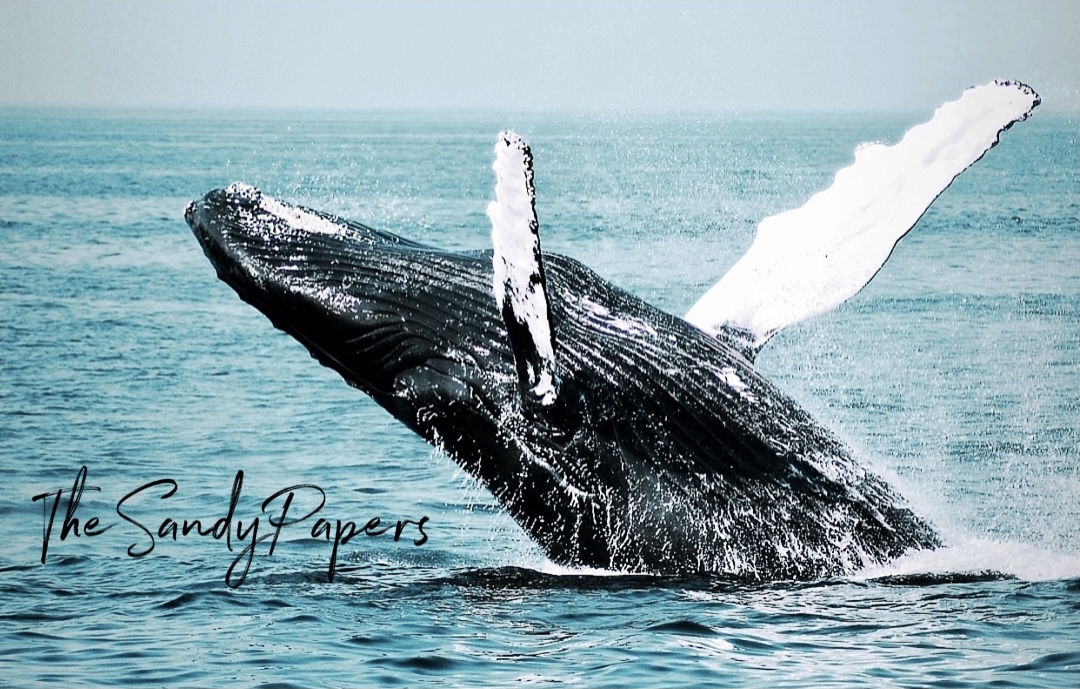 The Southern Right Whale is one of the Marine Five, as seen here off the coast of Cape Town.

Many travelers trek to Africa in search of the Big Five for the opportunity to view these remarkable animals in their natural habitats up close.  But I hope this post offers you a fresh perspective on the other creatures you may find, each of them splendid in his or her own right.  No two game drives are ever the same and you never know what’s waiting around the bend.

Going on safari should be one of the greatest adventures of your life!  There are many steps to consider when planning your African safari, including deciding what you want to see, how you would like to travel and how much you’re willing to spend. Whether you’re dreaming of witnessing the Great Migration or trekking the Silverback Mountain Gorillas, at The Sandy Papers, we can design a safari to suit both your interests and your budget.  Discover, connect and explore Africa with The Sandy Papers!   Africa is my speciality and I’m very good at what I do.  Warmly, Sandy (703) 975-1747

Ready to plan YOUR safari? Hit me up! Africa is my speciality and I’m very good at what I do.

Giraffe Manor: The Most Incredible Bucket List Breakfast on Earth!