Drowned, Decapitated and Drop-Dead Crazy: The Island of the Dolls

Deep in the heart of the canals of Xochimilco lies an island.  An island with a tragic and terrifying history.  An island that will send shivers up and down your spine.  Over the years, rumors have run rampant about this tiny island being cursed or inhabited by something (or some things?) darker.

If you are easily frightened by the supernatural or the unexplained, you may want to read this post with the lights on because I’m about to share with you the tragic, true story of one of the most haunted places on the planet:  The Island of the Dolls. 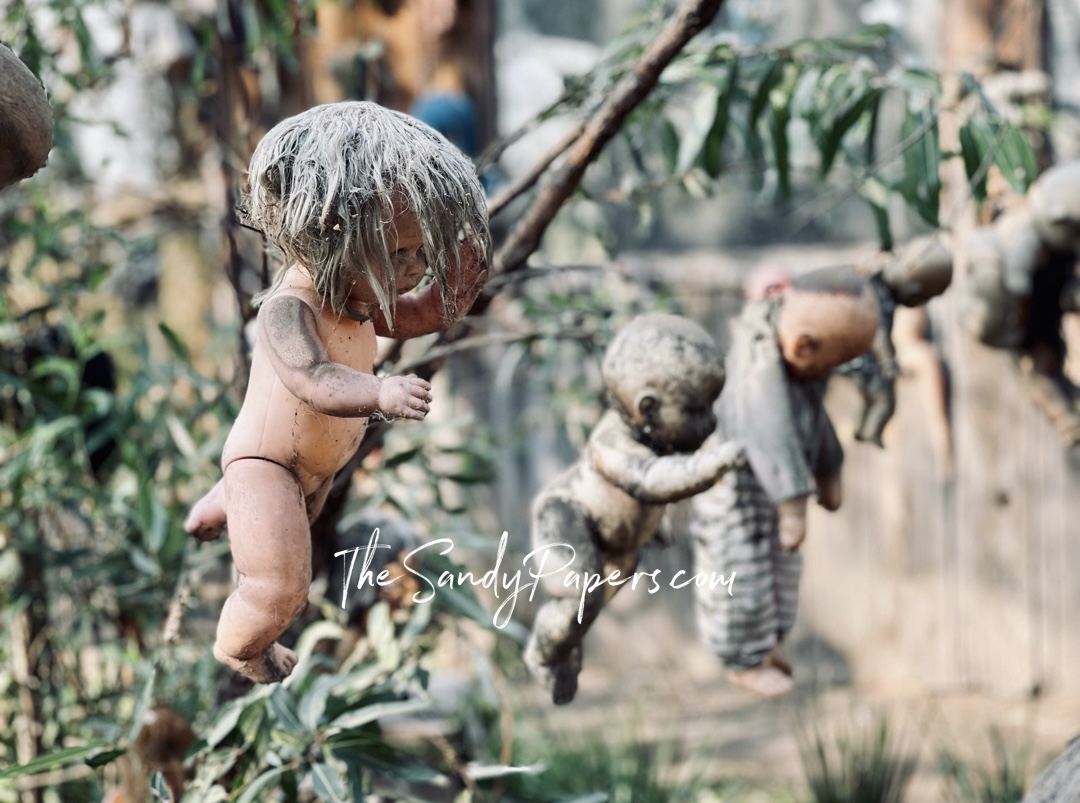 Deep in the heart of the canals of Xochimilco lies an island with a tragic and terrifying history.

I first heard about the island a few years ago when researching a trip to Mexico City.  While I genuinely enjoy experiencing all of the ‘expected’ sites during my travels, there is something truly, deeply satisfying about getting off-the-beaten path.  So, in a move that will surprise absolutely no one, I made arrangements for a private visit.

However, as my guide Jose Luis and I disembarked our rented boat, I wondered if perhaps this time I had gone too far.  But I’m getting ahead of myself.  Let’s go back to the beginning.

Xochimilco itself is quite lovely and vibrant.  Mexico’s last vestige of the Aztecs, Xochimilco is located smack in the middle of Mexico City’s urban landscape.  Dubbed the ‘Venice of Mexico’, Xochimilco is also a UNESCO World Heritage Site.  Filled with beautiful, flat-bottomed boats called trajineras, the canals are all that remain of Mexico City’s once great lake, the legendary Lake Texcoco. 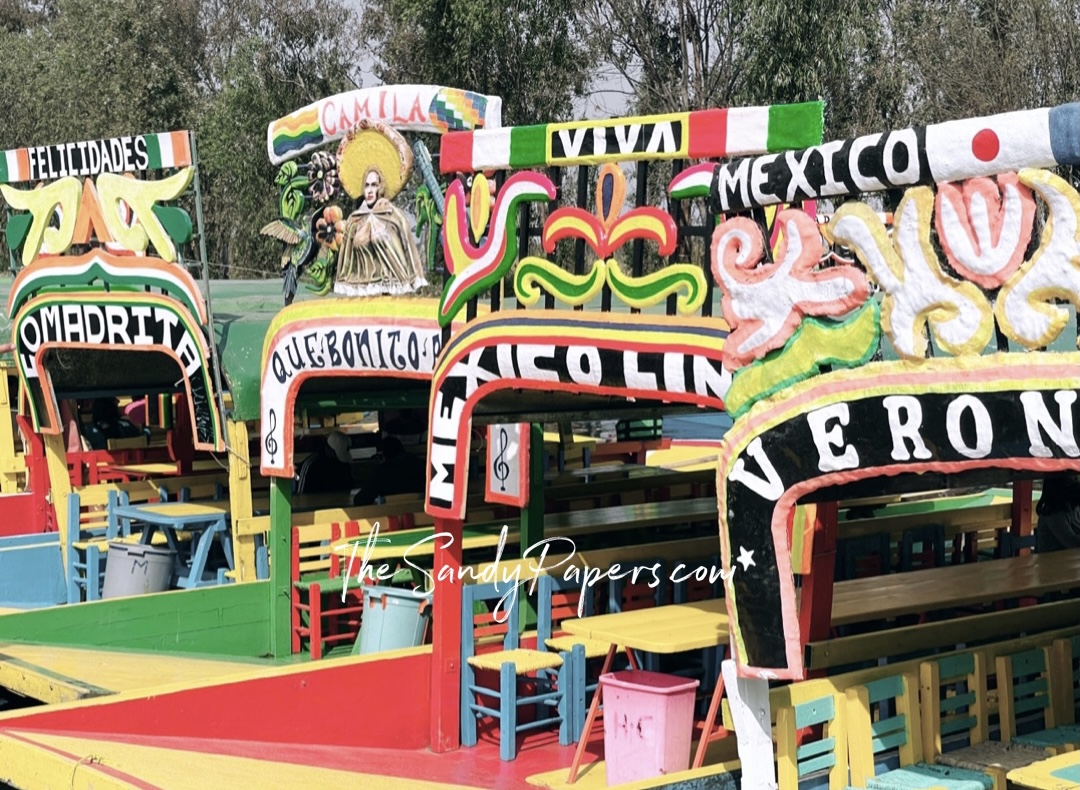 The canals are filled with beautiful, flat-bottomed boats called trajineras.

Xochimilco wouldn’t be what it is without the expert ability of its rowers.  Navigating this type of watercraft requires talent. Luckily, we had Roberto to guide us on our journey.  Most trajineras have a name, which is beautifully hand-painted across the top of the iron frame at the front.  Some are declarations of love for a person, a place or a thing.  Ominously, our boat for the day was named ‘Veronica’.  Perhaps an unsettling coincidence — except I do not believe in coincidences. 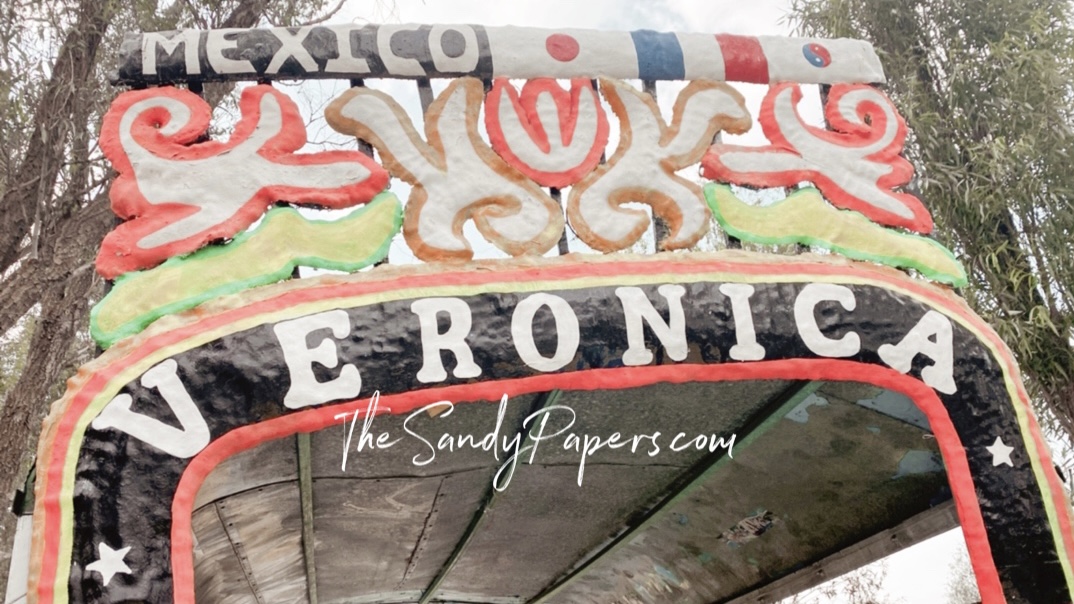 Ominously, our boat for the day was named ‘Veronica’.

With a large wooden table and plenty of cushioned seating, our trajinera was comfortable and spacious.  And making our way out of the crowded main canal was exciting!   Floating mariachi bands from every side offered the best possible soundtrack for the beginning of our adventure. 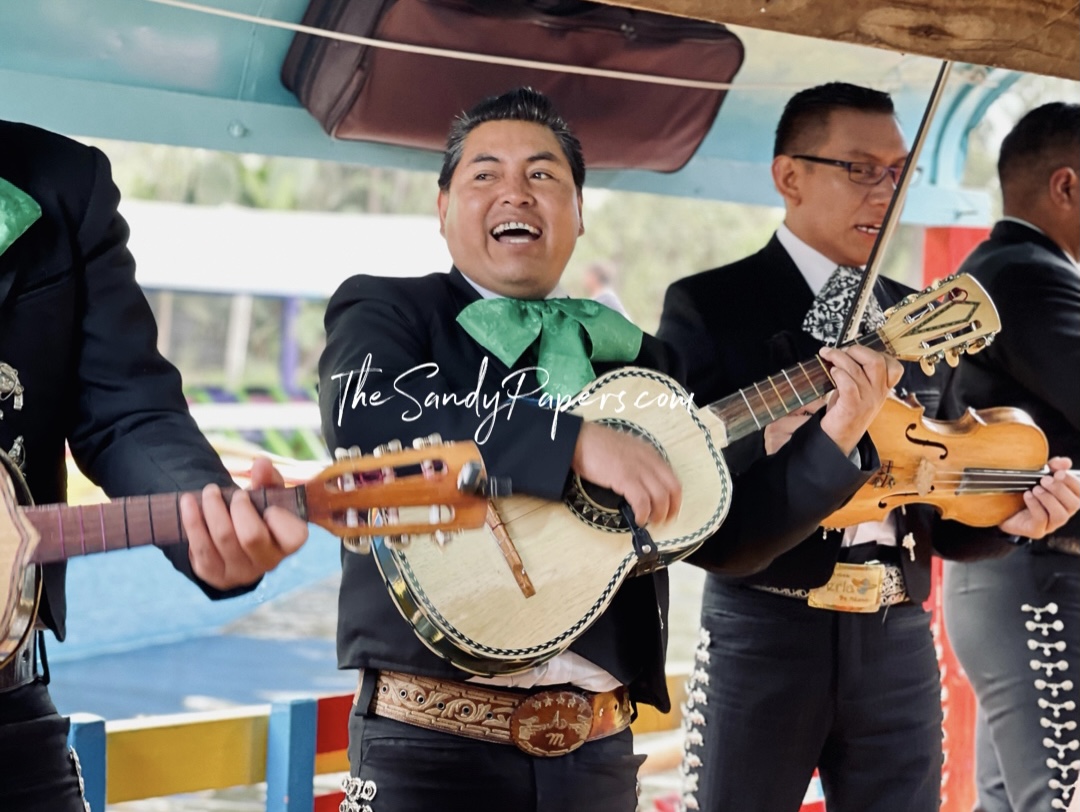 Floating mariachi bands offered the best possible soundtrack for the beginning of our adventure.

But soon enough, we made the turn toward our target.  Never intended to be a tourist destination, Jose, Roberto and I set off on our journey to find this haunted, horrifying, doll-infested wonderland the locals call La Isla de las Muñecas. 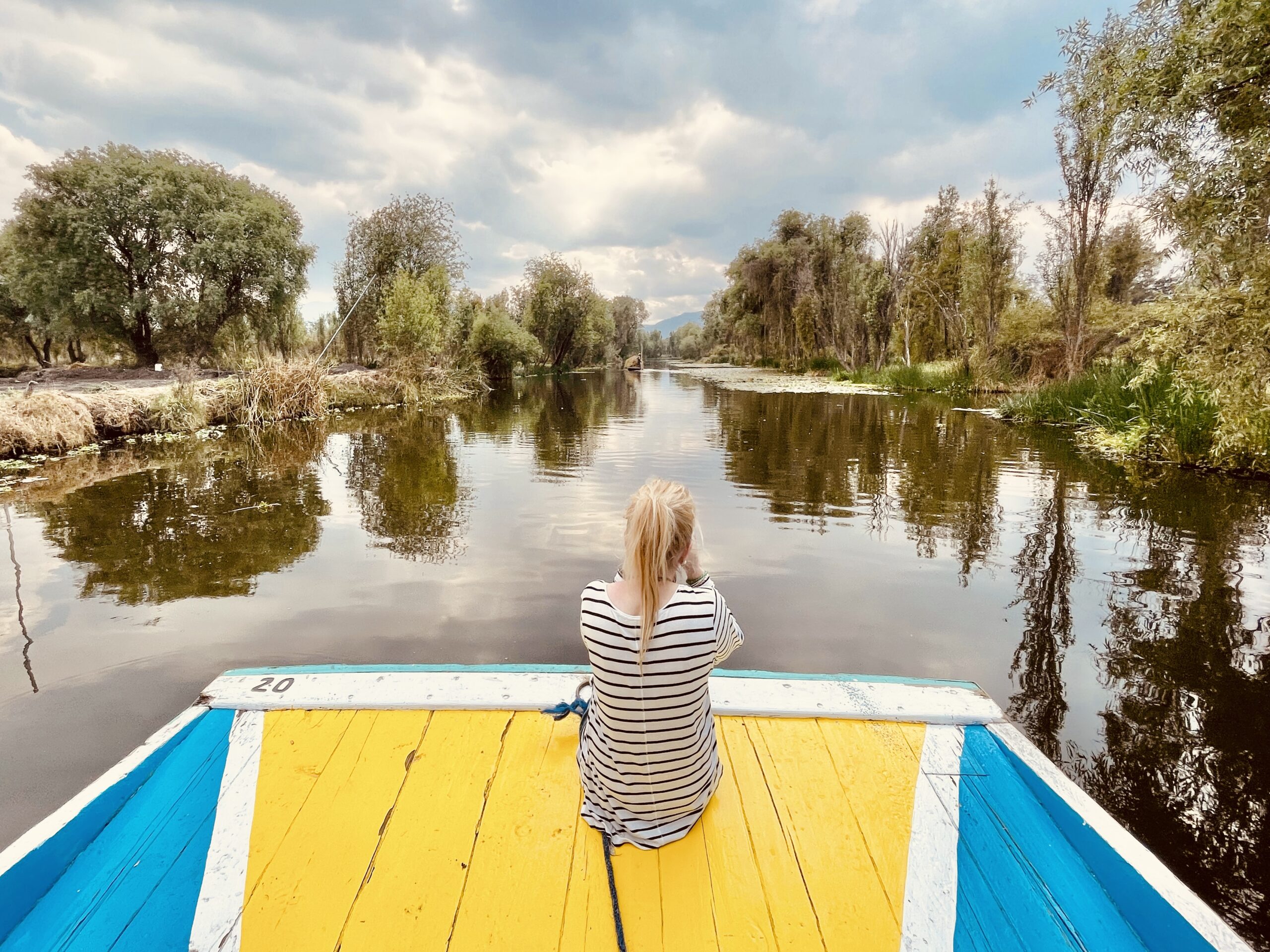 Jose, Roberto and I set off on our journey to find this haunted, horrifying, doll-infested wonderland.

Our story unfolds in the middle of the 20th century.  Sometime during the mid-1950s, Julián Santana Barrera abandoned his wife and child to live as a recluse on an island in Teshuilo Lake situated in the canals.  His reasons for making this decision remain unclear.  What is clear is that, shortly after his move, Barrera found the body of a young girl drowned in the waterway just outside his door.  And that’s when the trouble started.

According to Barrera’s great nephew and current ‘Guardian of the Dolls, Rogelio Sanchez Santana, the young girl was swimming when she became entangled in the water lilies surrounding the island.  Barrera later claimed he could hear the little girl screaming, “I want my doll!”  By the time Barrera found her, she had already drowned.  Overcome with grief, he took the doll he found lying near the dead girl’s body and hung it on a nearby tree. 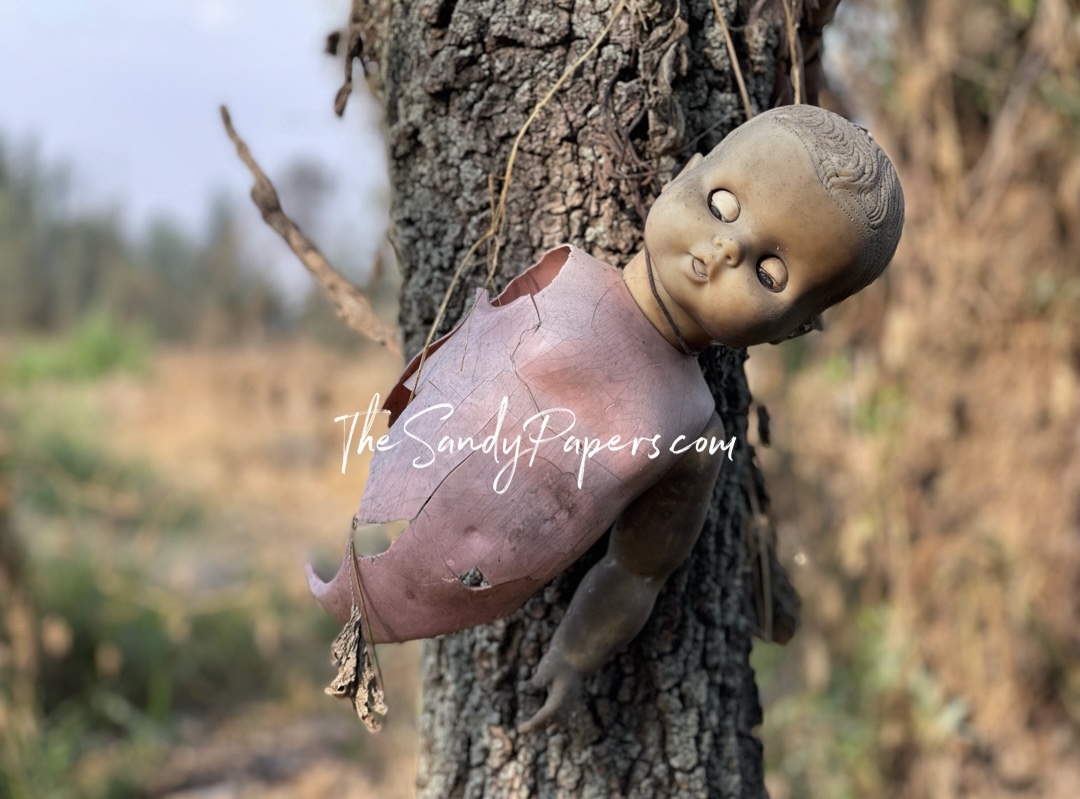 The way Santana tells the story is that, shortly after finding the dead girl’s body, Barrera began seeing ghosts in the mornings. Naturally, he became frightened.   On one particular morning, Barrera woke up to discover that all of his crops were dead. After trying in vain to save them, Barrera came to the realization that the spirit of the dead girl had damaged his land. At this point, Barrera became hysterical. 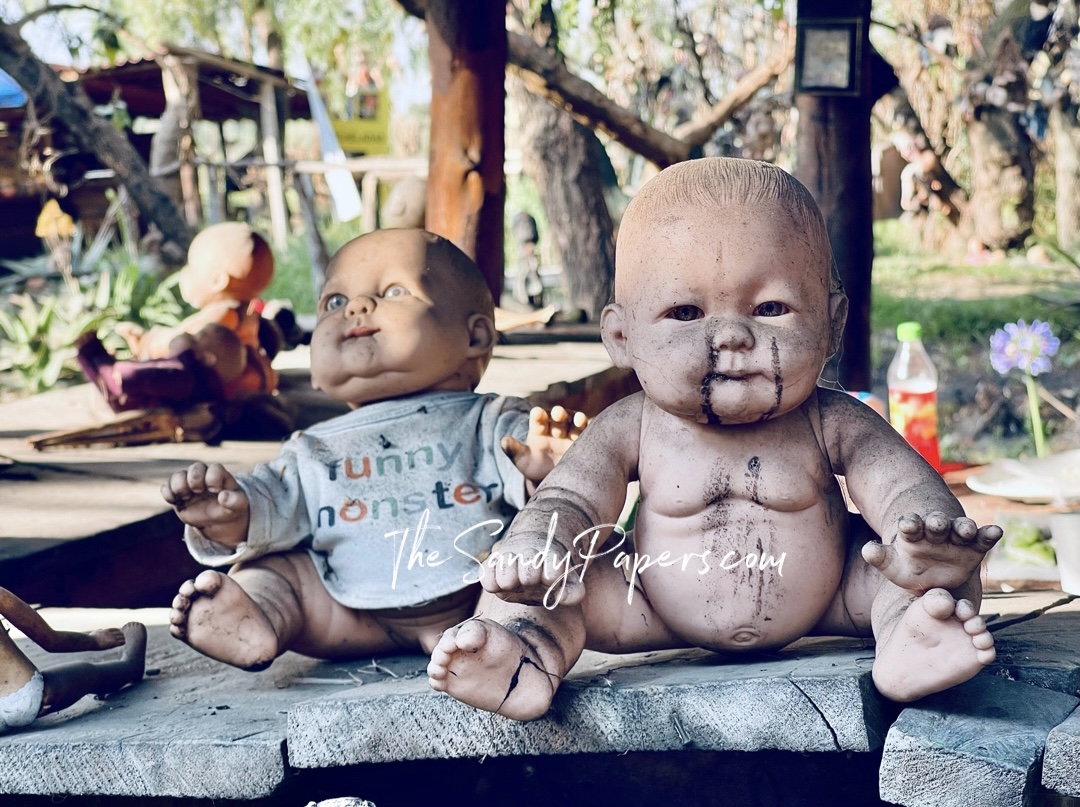 Next, Barrera built an altar in his one-bedroom cabin on the island in a futile attempt to appease her spirit.  Still, the spirits came.  At this point, Barrera began compulsively collecting dolls as a means to protect himself.  The entire island was soon populated with countless abandoned and broken dolls. 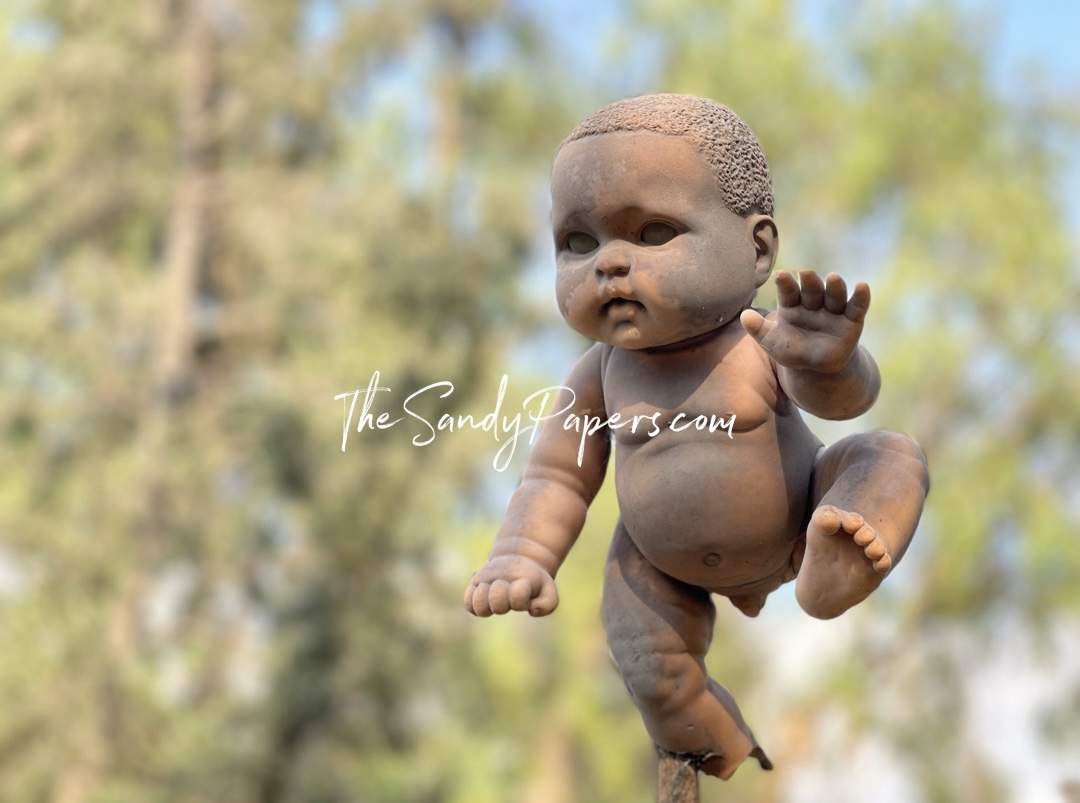 Pediophobia is the fear of dolls or inanimate objects that look real.

Barrera believed that, by scattering these dolls all over his island, it would confuse the spirit of the dead girl and keep him safe.  Eventually, Barrera’s collection of decayed, decomposing dolls numbered in thousands.  He hung them from the trees, nailed them to boards and scattered them all around the property in a desperate attempt to find peace.

Barrera’s collection of dolls are scattered all throughout the trees.

Sadly, Barrera was never able to find the peace he craved.  In a tragic twist of fate, Julián Santana Barrera died in 2001 under mysterious circumstances on his isolated island.  While helping his uncle plant pumpkins, Berrera’s nephew, Anastasia Velasco, discovered his uncle’s body floating in the exact same spot where the girl had drowned 50 years before. 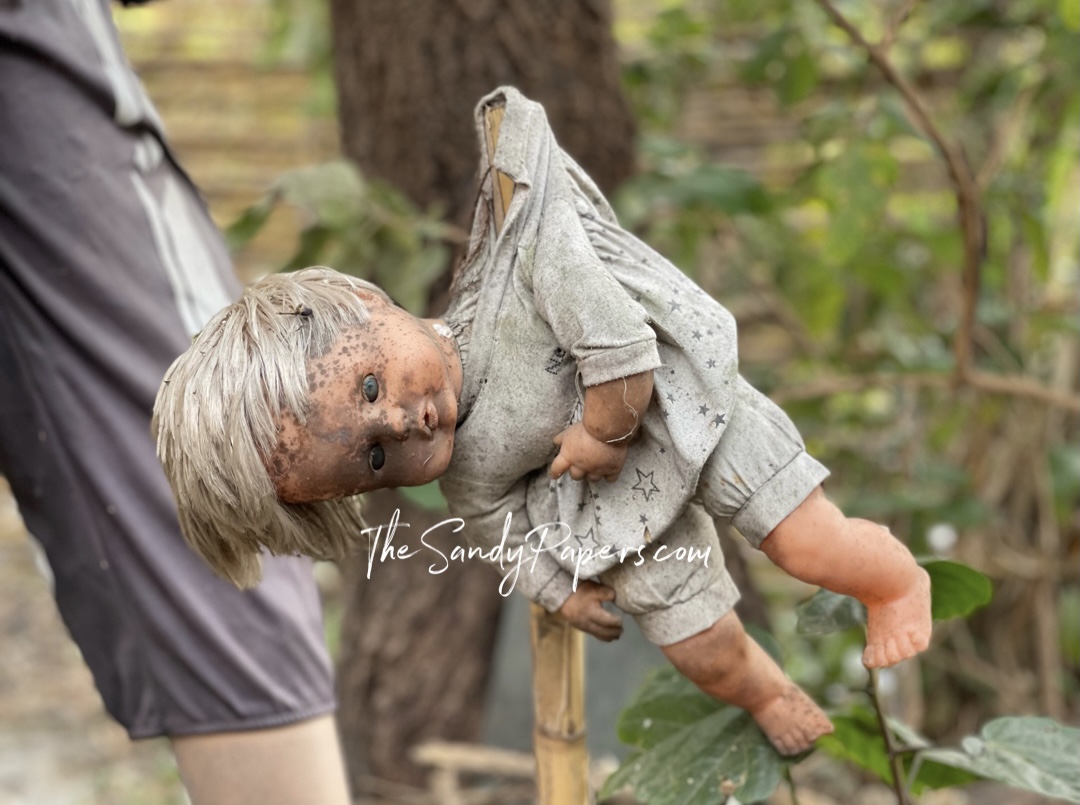 Barrera was found dead of a heart attack in almost the exact same spot where he discovered the dead girl all those years ago.

Still said to be haunted by the ghosts of children, Santana told me that he, too, sees and hears things that he cannot explain.  Throw into the bargain that countless visitors to the island have reported hearing the dolls speak, roll their eyes and move on their own. 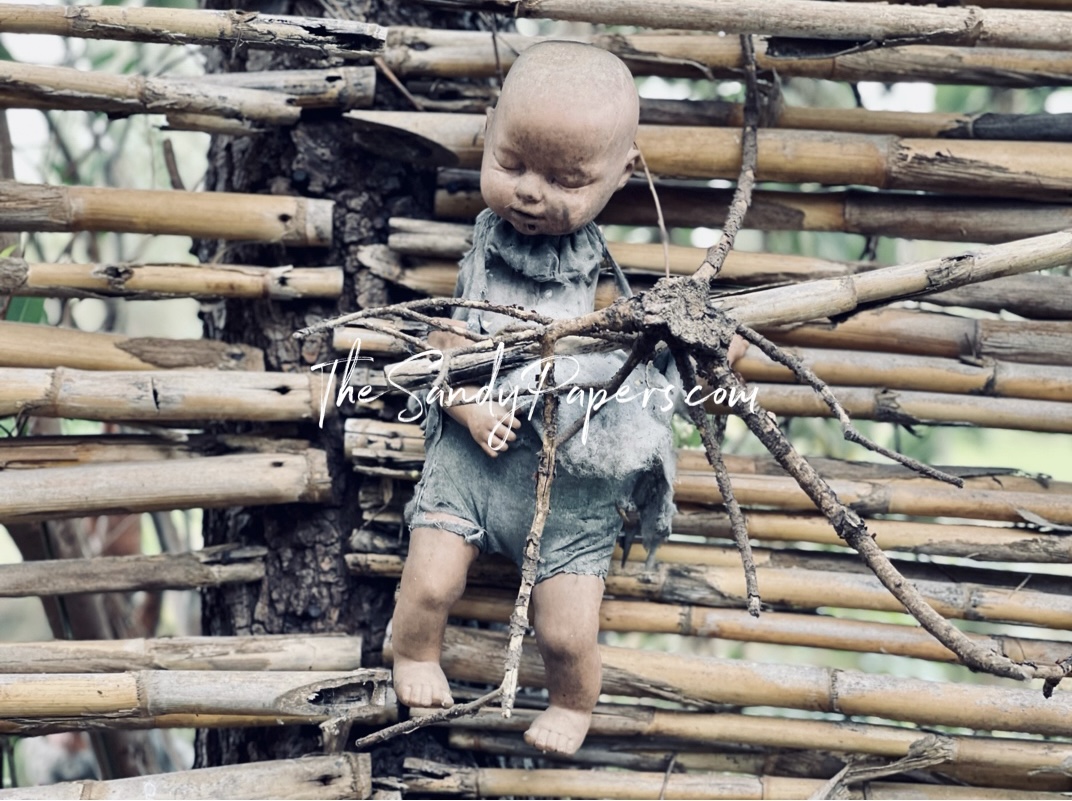 Visitors to the island have reported hearing the dolls speak, roll their eyes and move on their own.

Shocking, isn’t it?   Pediophobia is the fear of dolls or inanimate objects that look real.  However, you don’t have to be pediophobic to be completely creeped out by this island.  While I was not afraid, I was hesitant to wander too far away from Juan Luis or one of Berrara’s family members.  There was definitely a sad, heavy energy.  At times, it felt as if there was someone watching me.  It’s certainly not an excursion for the faint of heart.

Barrera’s one-room cabin on the island.

Our journey took about four hours, not including the time spent on the island.  So, if you do want to visit, be sure you plan your time accordingly.  And make sure you hire a rower as brave and capable as Roberto who is willing take you to the real island. There are plenty of rowers who refuse to make the trip. 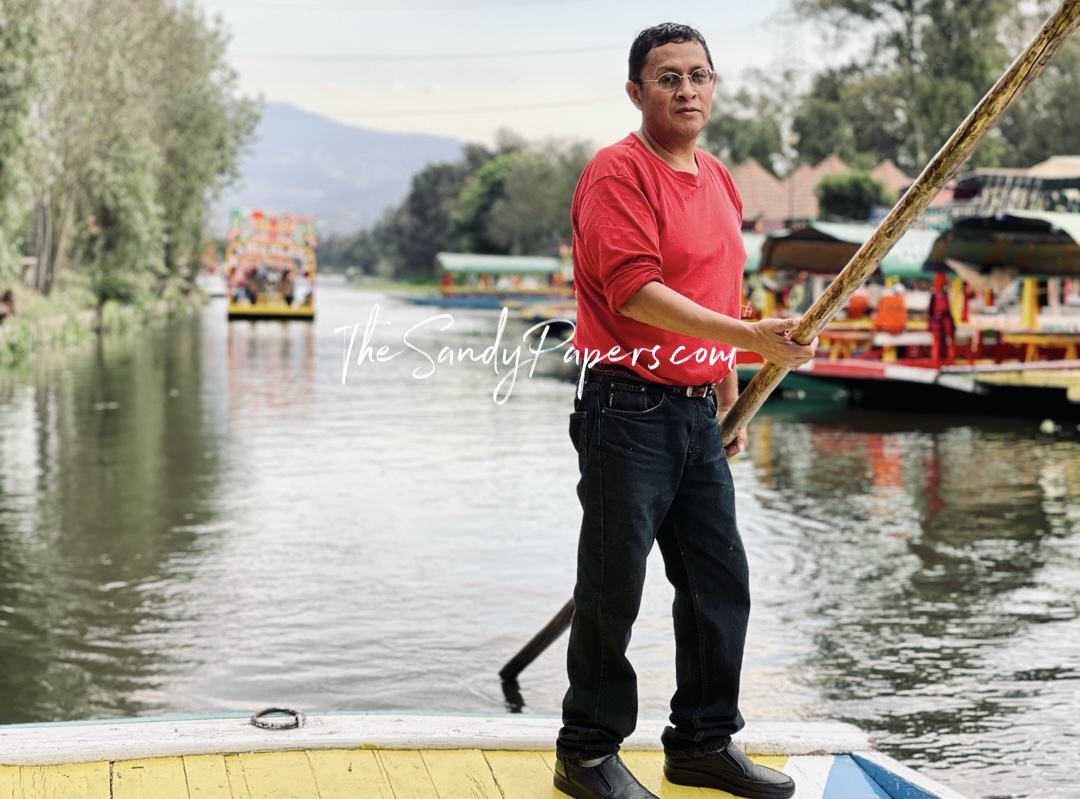 Over the years, imitation doll islands have popped up in the canals.  From our trajinera, I was able to spot a few of these fakes for myself.  “It’s a big business now,” Santana says.  But make no mistake, y’all:  There is only one, true Island of the Dolls.  As for what will happen to the island once Santana ultimately passes on, he is very clear on that subject:  “The ownership, I leave to the dead.”   Indeed, Santana.  Indeed.  x Sandy

There is only one, true Island of the Dolls.

How To Travel With Your Best Friend and...