Waves of excitement washed over me as I approached the Myrdal train station. For months, I had been reading up on the engineering marvel known as Flamsbana and I was thrilled to finally experience it for myself. Consistently named one of the most world’s most spectacular train rides, the Flam Railway is nothing short of a modern miracle as it is also one of the world’s steepest.

Plans to build a railway connecting Norway’s two largest cities, Oslo and Bergen, were launched in 1871. Huge engineering challenges meant plans were made, discarded and re-started until finally a workable solution had been reached. Construction of the line began in 1924 with around 200 men working on the site at a time — and the going was tough. There was no heavy machinery to help them back then, which meant the tunnels had to be dug out by hand! This backbreaking work caused death or lifelong respiratory problems.

The finished line is only 12.6 miles long, but the elevation difference is huge, ranging from 2,831 feet at Myrdal to sea level at Flam.Seating is assigned and my assigned car was No. 13, seat No. 94. After locating my seat, I stowed my bag in the overhead rack, and then made my way to the back of my train car so I could stand. This is how I met Gunnar, the train conductor. While waiting for the train to get moving, I asked Gunnar questions about his Flam Train. Inevitably, the conversation turned to trolls, at which point Gunnar confided that he had, indeed, spotted a troll in these parts.

Intrigued, I asked Gunnar if he could show me where he saw this troll and he was happy to oblige. “Don’t worry. I will show you.” Soon enough, the train began moving. After a few minutes, we came to our first stop, the Kjosfossen Waterfall. Gunnar tapped me on the shoulder and said, “Here. Right here.” Excitedly, I asked, “Was it a big troll or a little troll?”

“Little. Very little,” he replied. Gunner took his thumb and forefinger making a measurement of approximately four inches. “And I don’t think he saw me because he kept moving deeper behind the waterfall without turning into stone.”As soon as the train door opened, I jumped out of the car and ran up to the waterfall, hoping to see a troll for myself. I looked and I looked and I looked, but could not find one.

Disappointed, I lowered my head and turned to walk back toward the train, at which point I caught a glimpse of the tiniest little legs and craziest hair I had ever seen! He could not have been more than four or five inches tall and he was dancing — DANCING! — behind this giant waterfall. I raised my camera to snap his picture, but he was gone. GONE. Just like that.

When I returned the the train, I told Gunnar, “I saw him! I saw him! But I didn’t get a picture.” Gunnar smiled. Soon, the train started up again and off we went. For approximately one hour, I was whisked through lush landscapes, cascading waterfalls and tunnels carved deep into the mountains until arriving at my final destination, the scenic village of Flam.

But I never did see another troll. 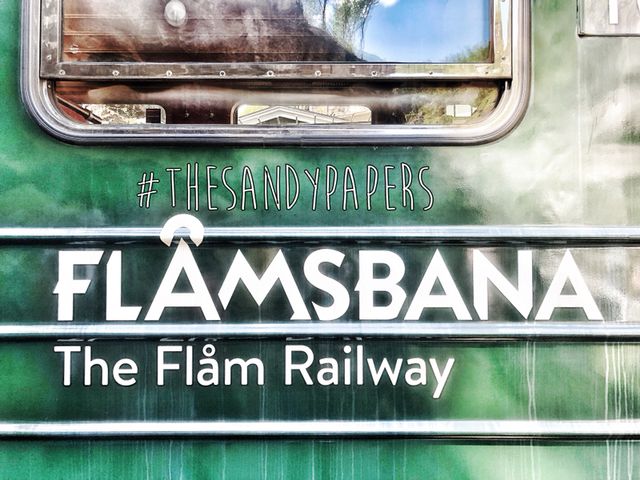 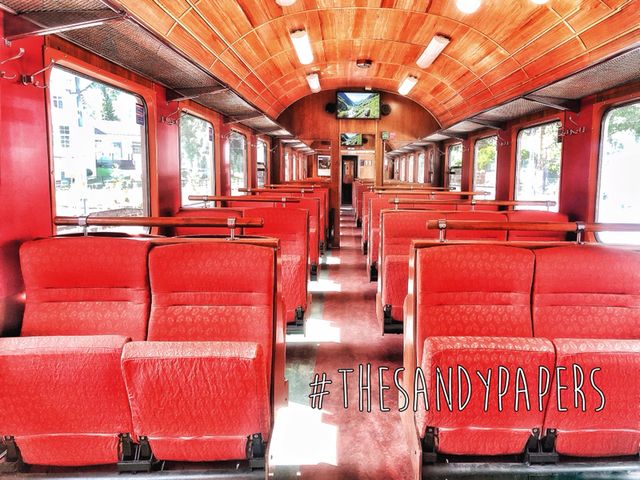 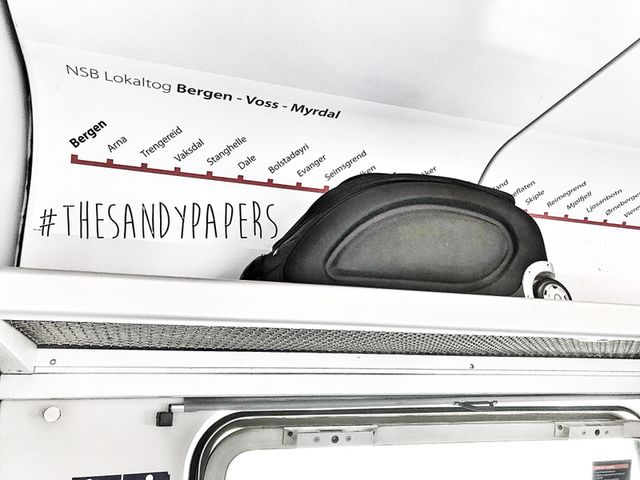 My little wheelie bag safely stowed for the ride. 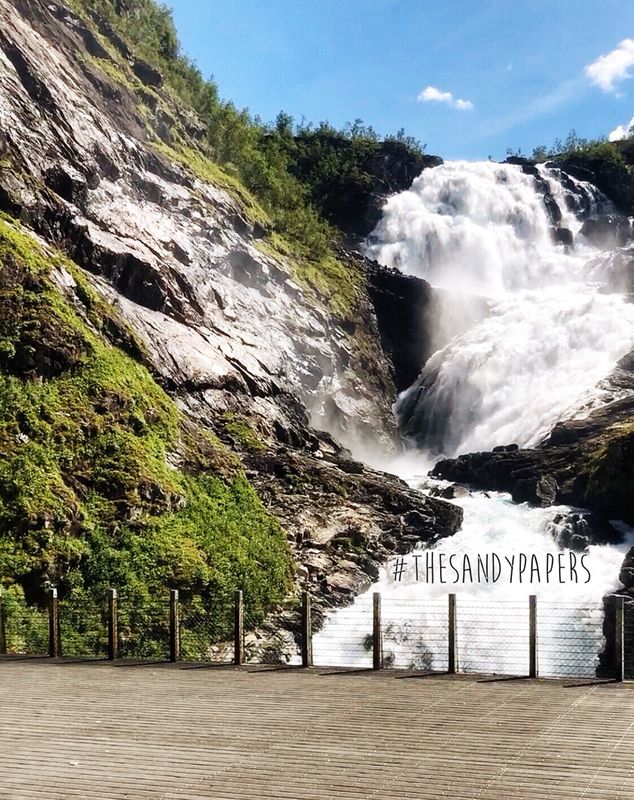 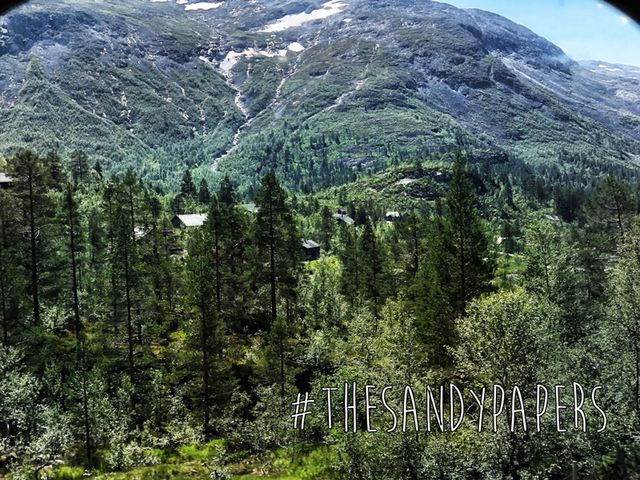 Scenes from The Flam Railway

Afternoon views in the middle of no where!