Topping bucket lists everywhere, Iceland is, quite possibly, the most fascinating country on the planet.  A vast volcanic laboratory, Iceland is literally a country in the making. Every day, geysers gush, mud pots boil, volcanos rumble and glaciers cut great pathways through entire mountains. These mighty forces seemingly all come together to remind us of our utter insignificance in the larger scheme of things.   The energy on this enchanted island is palpable. 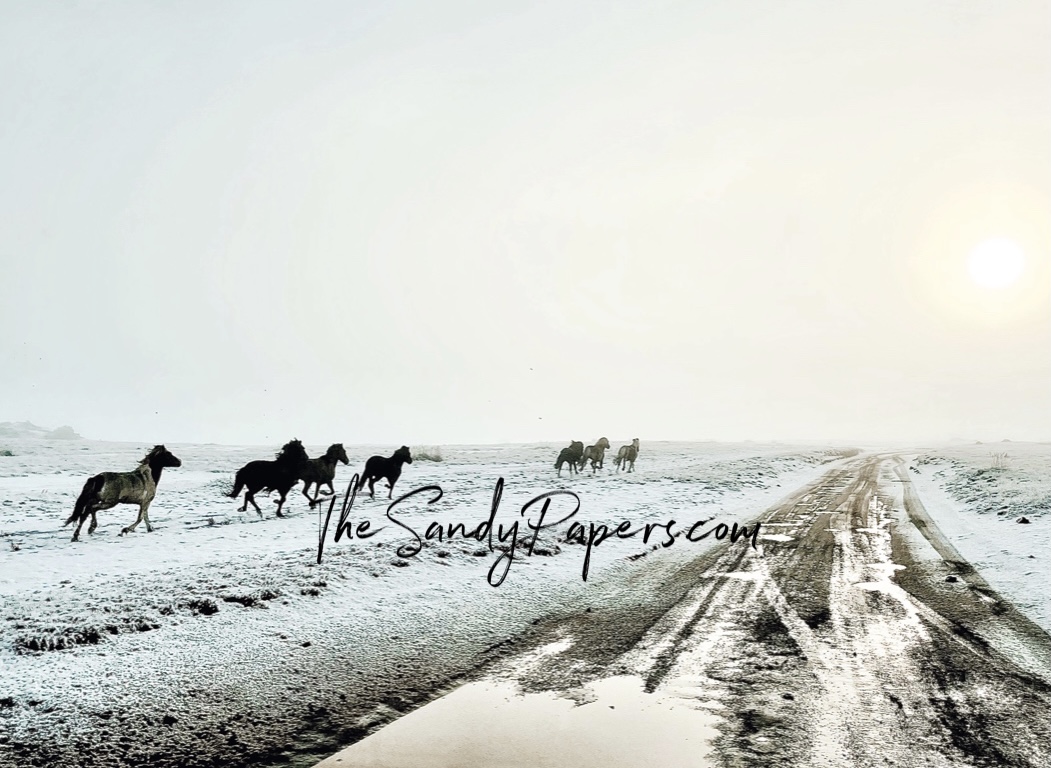 Like most everyone before me, I was awestruck during my first visit to Iceland.   Sure, I had a list of must-see places, but I had no idea how many wonderful, incredible, amazing surprises were waiting for me. Before I had even completed my first trip, I was already planning my second… and third! 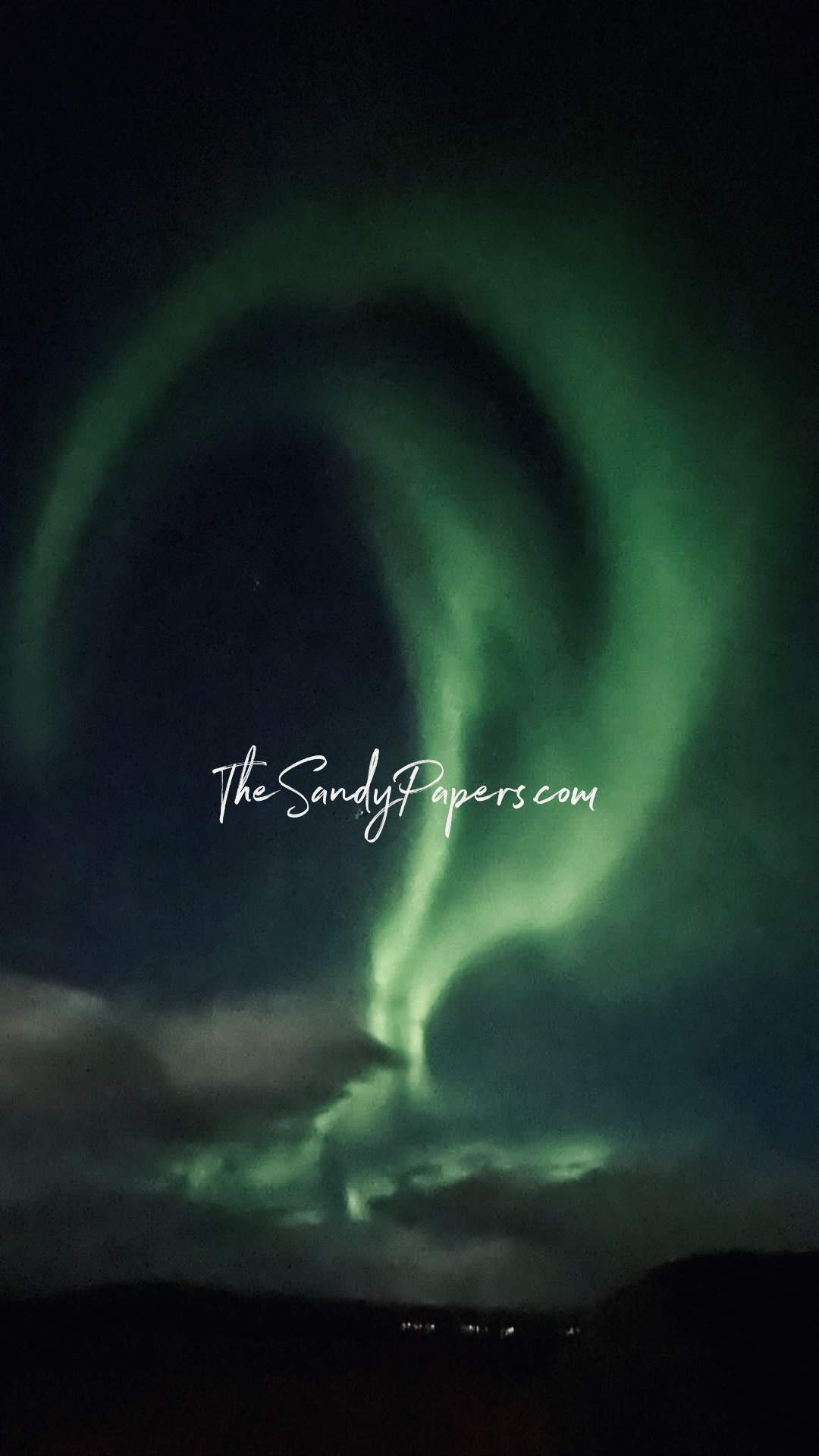 Wrapping around all of this geological wonderfulness is Iceland’s Route 1.  More commonly known as the Ring Road, Route 1 links together almost all of the places you want to visit without requiring a serious off-road vehicle.   But, as you might suspect, a 4WD is absolutely mandatory for my itinerary because I also want to venture off Ring Road to explore ice caves and waterfalls that are otherwise inaccessible.

In this post, I’ll broadly cover a just few of the highlights from my most recent visit to Iceland. Epic doesn’t even come close to describing this road trip, y’all. 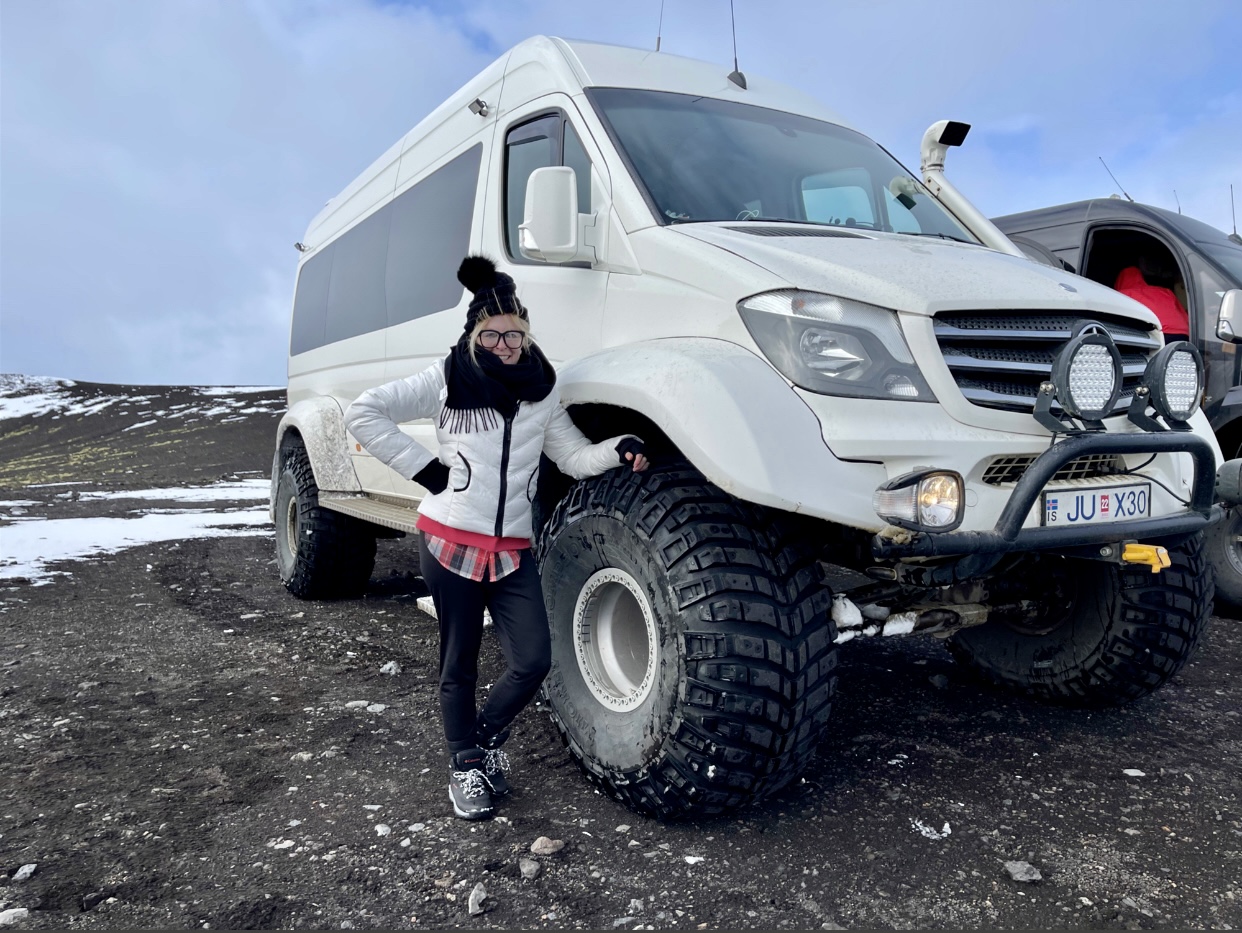 Positioned halfway between Keflavik and Reykjavik, The Blue Lagoon is Iceland’s premier geothermal spa.  Otherworldly in appearance, it is a spectacular place to relax, unwind and shake off the jet lag.  Advance reservations are strongly recommended.  Tickets often sell out weeks in advance and space at the Retreat Spa is especially limited. 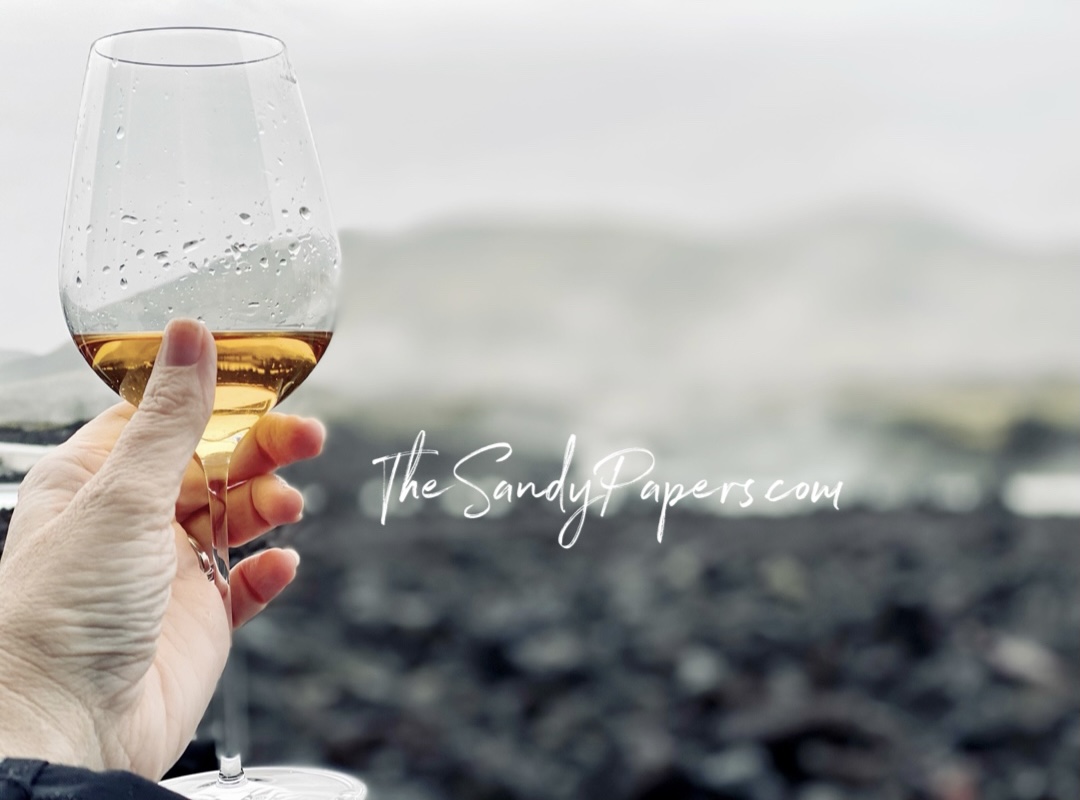 The Retreat Spa is the perfect place to relax, unwind and shake off the jet lag.

Opened in 2018, the Retreat Spa is luxury personified.  Depending on the exchange rate, a five-hour pass currently costs around 500 USD.  Trust and believe it is worth every single cent.  The subterranean spaces are insanely sublime and aptly named. They are Nest, Fire, Sauna and Lava Spring.  Lava Spring is my favorite, followed closely by Fire.  If you’re feeling super extra, book a room for a night (or two) before continuing on to Reyjkavik. Expensive but, in my opinion, absolutely worth the splurge. 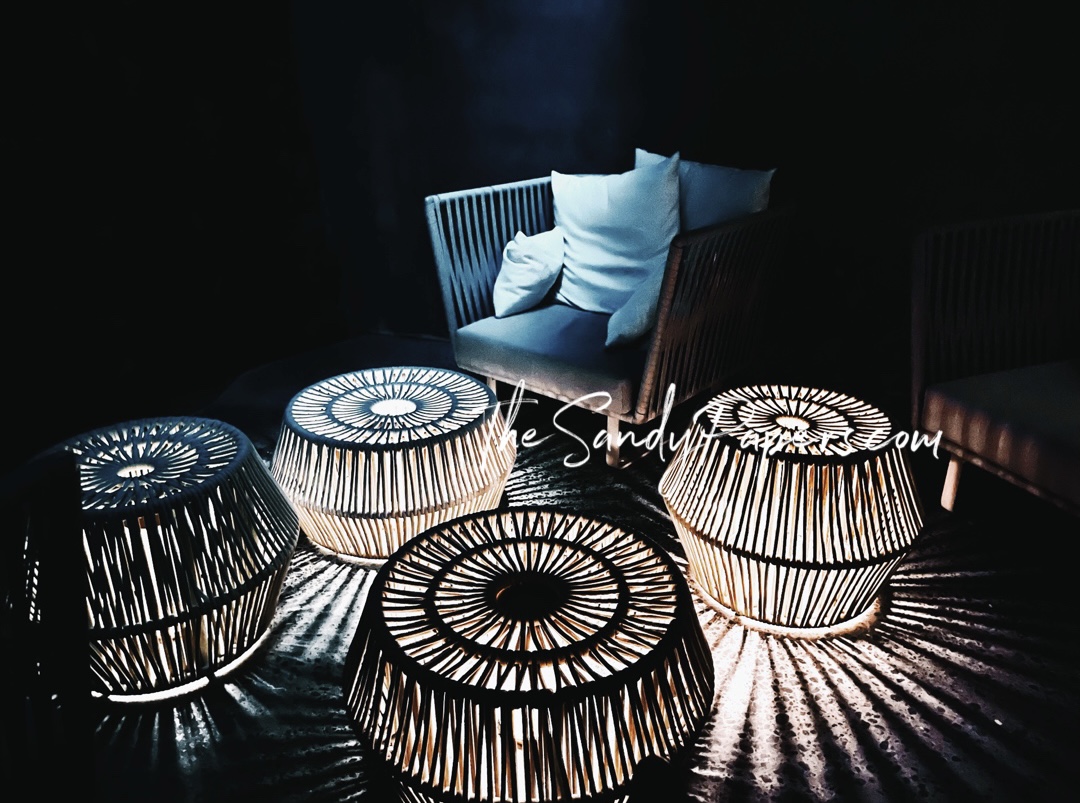 The subterranean spaces are insanely sublime and aptly named. This is Lava Springs, my favorite!

Fire is the perfect spot to curl up with a good book and a great glass of wine. 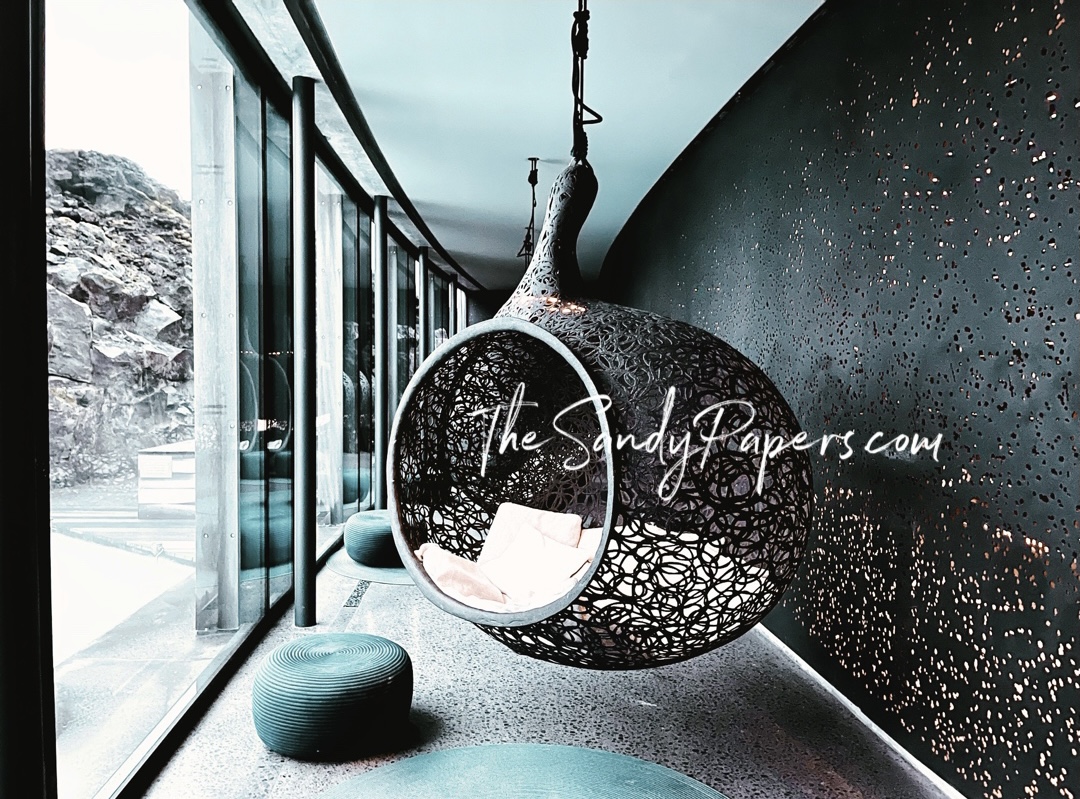 The subterranean spaces are insanely perfect and aptly named.  This is Nest.

Check into your hotel and wander up Laugavegur to marvel at Hallgrimskirkja.  The largest church in Iceland, Hallgrimskirkja stands 240 feet tall and took 40 years to build.  Forty years! 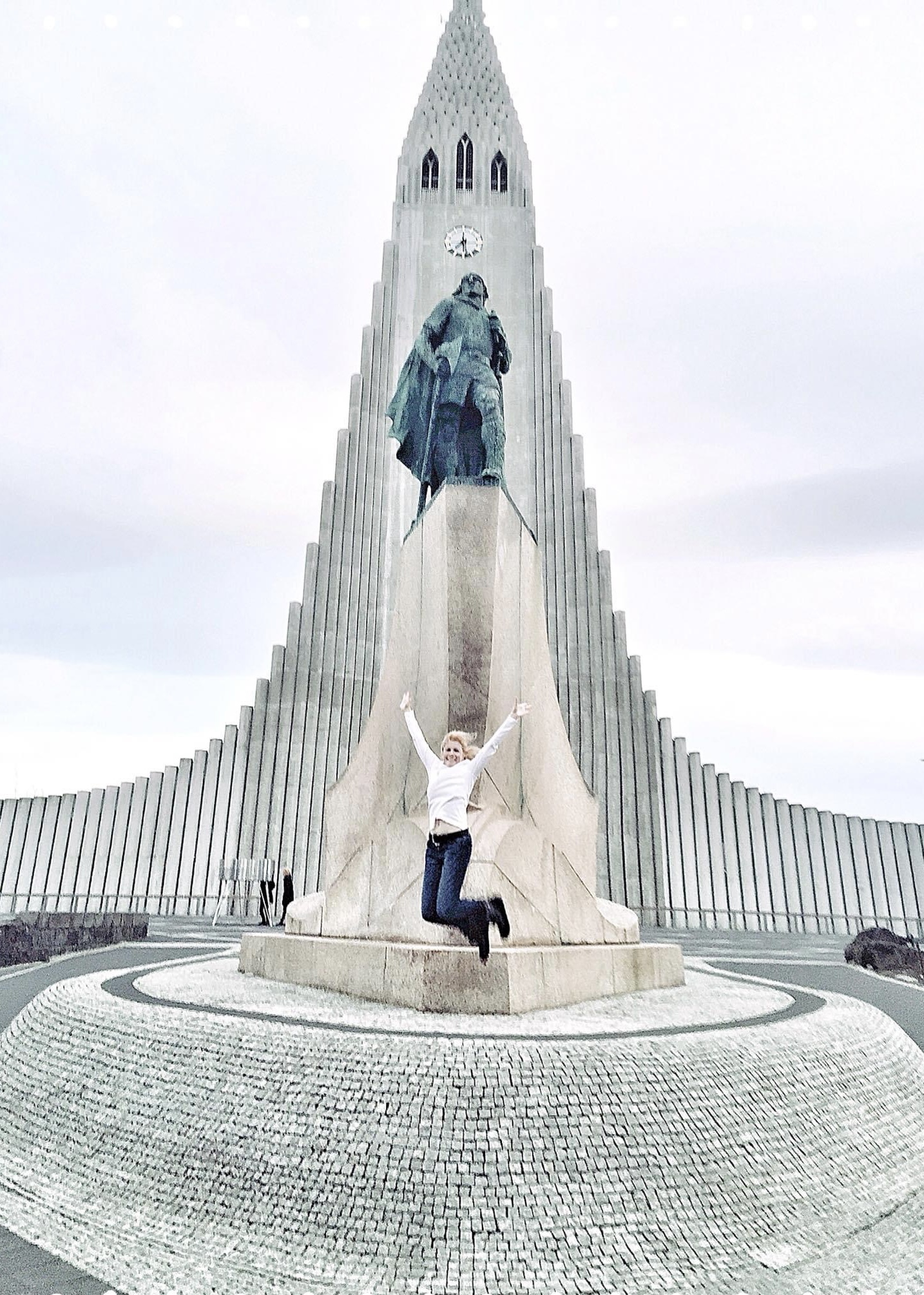 Resembling a volcanic rock formation on the outside, the interior is stark and entrance is free.  The lift to the top, however, costs a few krona; but, the spectacular views of Reykjavik’s colorful rooftops make it completely worth it. 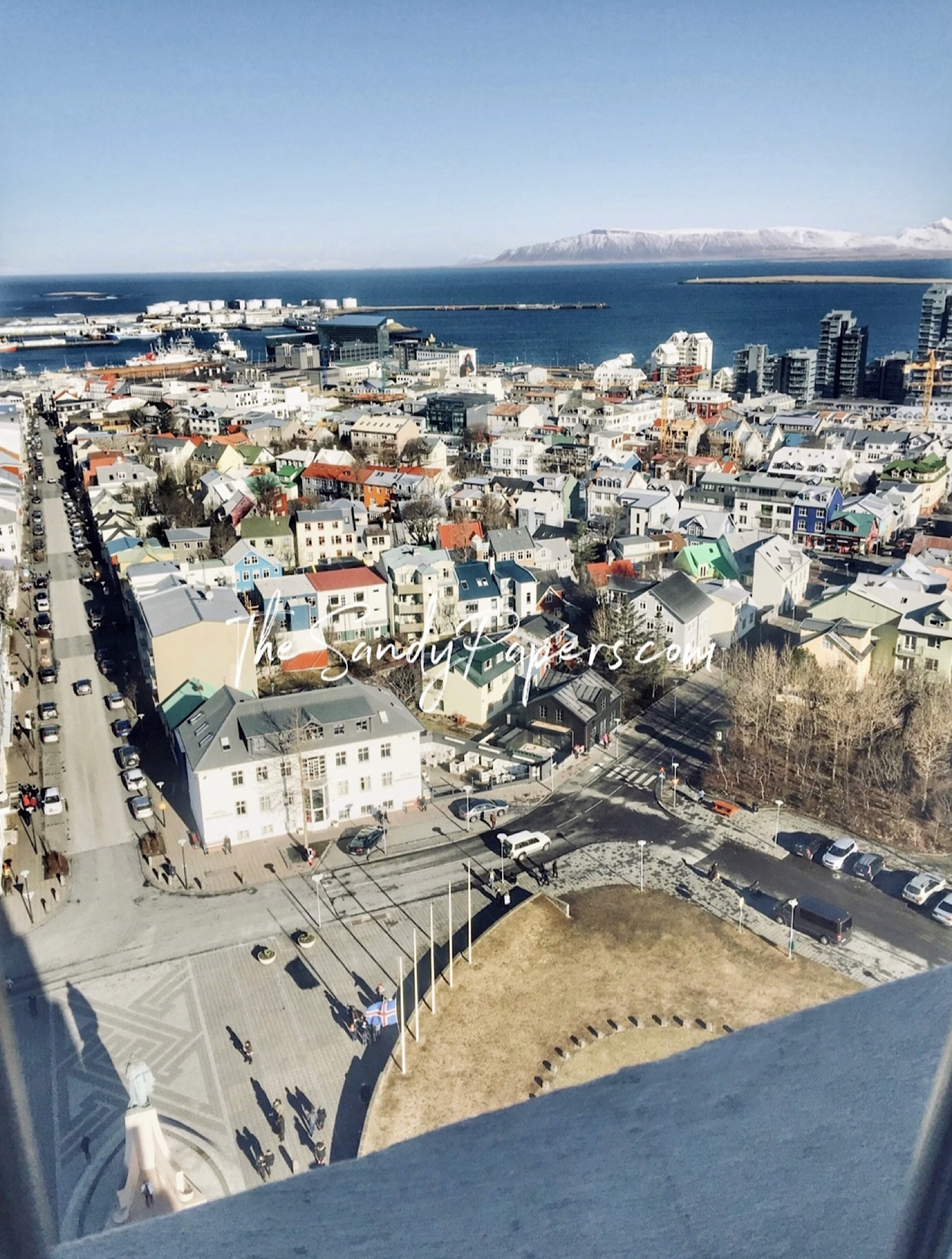 Take in the views from the top of Hallsgrimskirkja.

Afterwards, go for a stroll around downtown.  There are plenty of wonderful shops, cafes and restaurants all within easy walking distance.  Still can’t get enough of the church?  Offering modern Icelandic cuisine and stellar views of Hallsgrimskirkja, Cafe Loki is across the street on the left-hand side.

Question:  Which capital city is both the northern-most and western-most capital in Europe? Answer:  Reyjkavik! 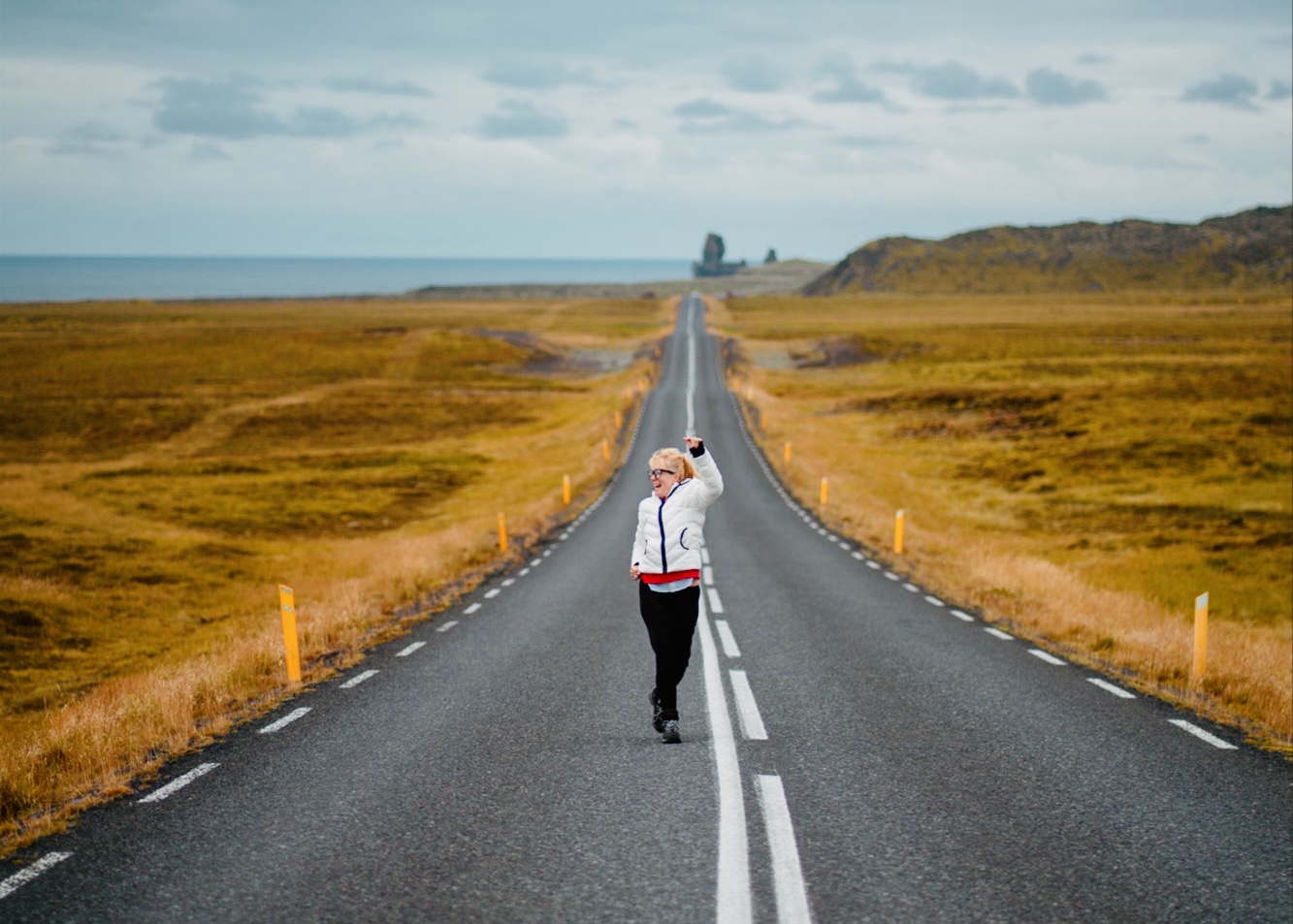 Like volcanos, sometimes a girl just needs to blow off a little steam.

Crowned by the 700,000-year-old glacier-capped volcano Snaefellsjokull, the Snafellsnes region offers an excellent cross-section of Iceland’s best.  Believed to be the most photographed mountain in Iceland, Snaefellsjokull was immortalized in Jules Verne’s Journey to the Center of the Earth. 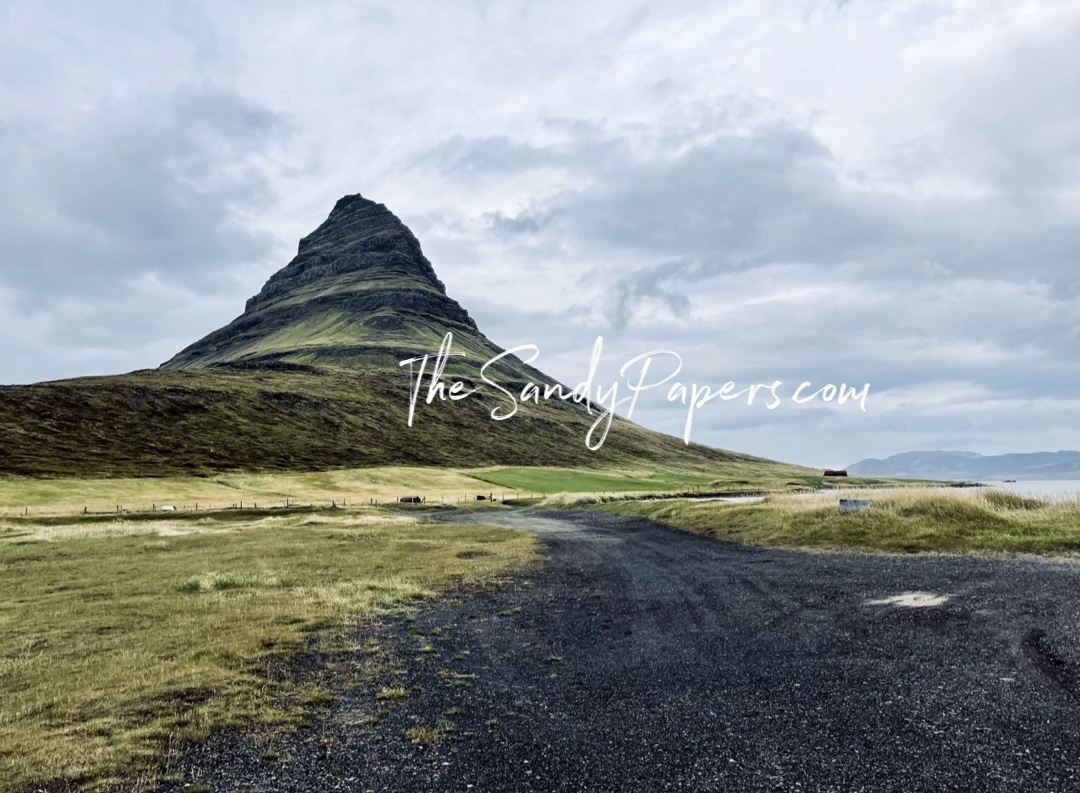 The area is crowned by the 700,000-year-old ice cap Snaefellsjokull which was immortalized in Jules Verne’s Journey to the Centre of the Earth.

For centuries, Snaefellsjokull has been considered to be one of the world’s most ancient and mystical sites.  On 5 November 1993, thousands of people came to Snaefellsjokull.  On this date, some paranormal enthusiasts believed there would be an alien landing. CNN even showed up with a camera crew.  Although the day came and went without a galactic invasion, Snaefellsjokull continues to be a source of mystery for the peninsula’s superstitious population. Standing 4,744 feet tall, on a clear day, Snaefellsjokull is actually visible across the bay from Reykjavik. 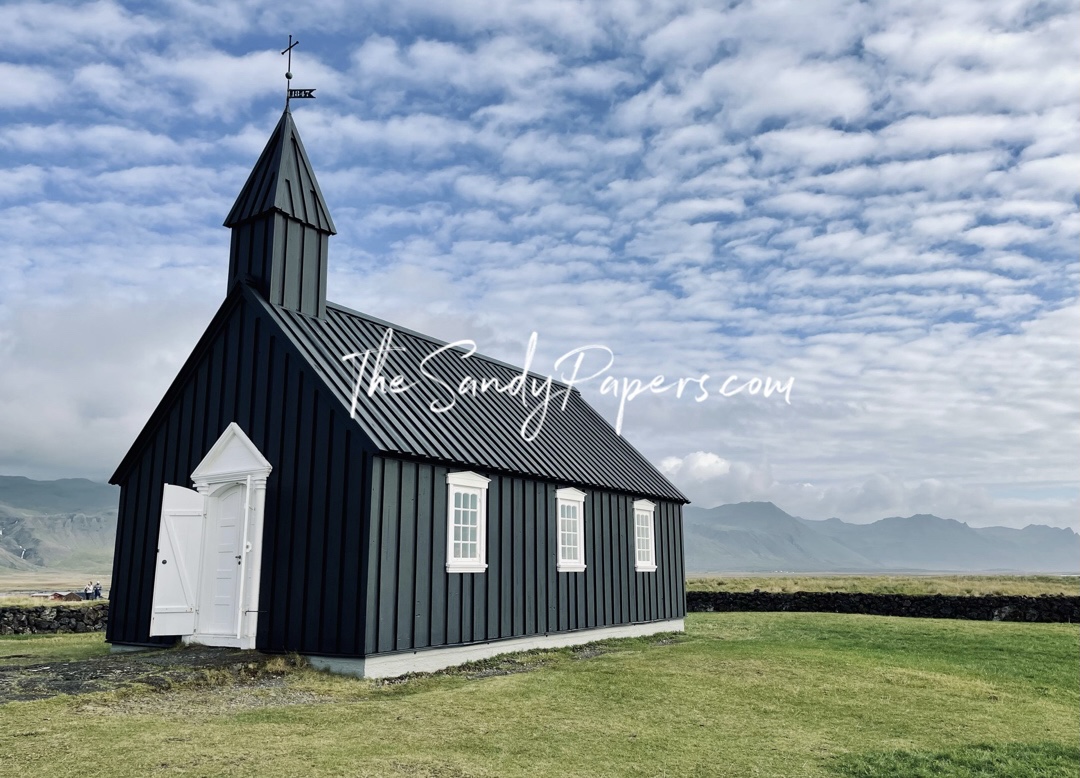 In recent years, the Black Church has become a very popular subject for photographers — and for good reason.

Located on the Southern side of the Snaefellsnes Peninsula, the Black Church has become a very popular subject for photographers — and for good reason:  Small and distinct, its charcoal color makes for a stunningly beautiful contrast to the often cloudy mountains surrounding it.  The Black Church can be seen from far away, making it easy to find.  From Route 54, drive onto Road 578 towards Hellnar. Next, take the road toward Budir and follow it all the way to the end. 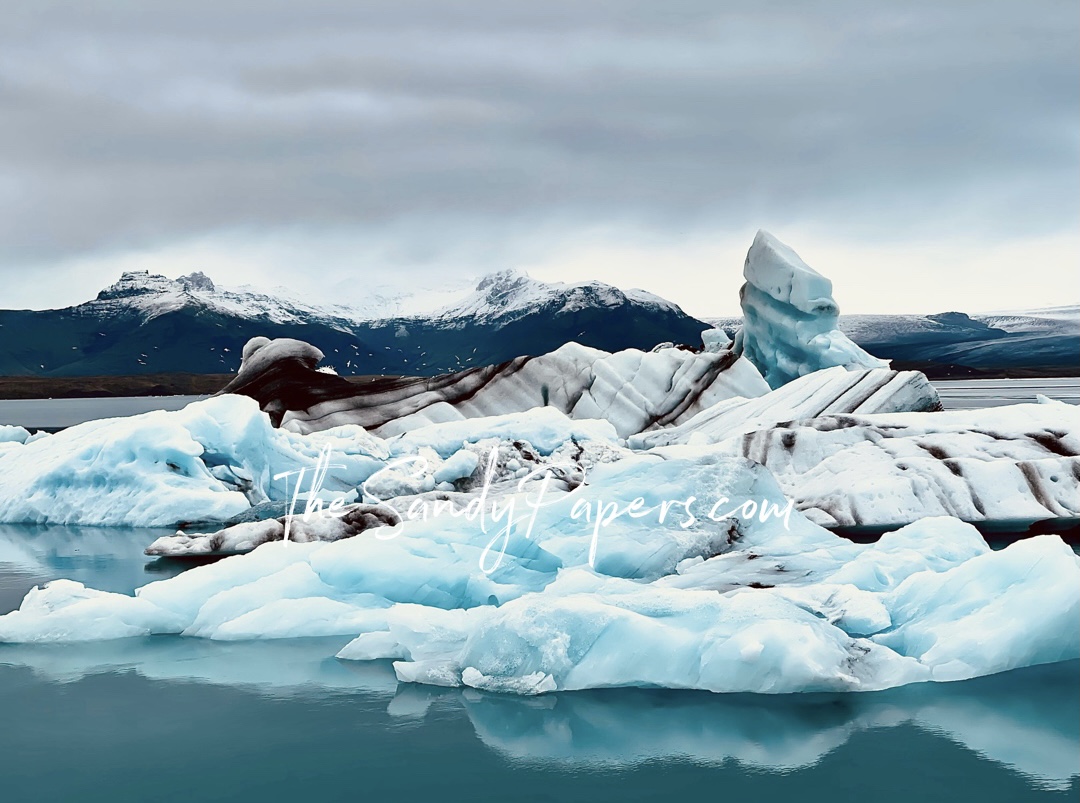 The 124-mile stretch of Ring Road from Kirkjubaejarklaustur to Hofn is nothing short of mind-blowing.

The 124-mile stretch of Ring Road from Kirkjubaejarklaustur to Hofn is nothing short of mind-blowing.  You’ll drive by black sand beaches, isolated farms, craggy cliffs and glacier-filled lagoons. The one thing you won’t pass is a town.  There are, however, outfitters offering brilliant activities, accommodations and meals. Pictured below is a repurposed schoolhouse I stayed in while visiting the area.  Furnishings are minimalist but really comfortable.  Offering stellar views and a kick-ass breakfast, it serves as a wonderful base camp for exploring the surrounding region. 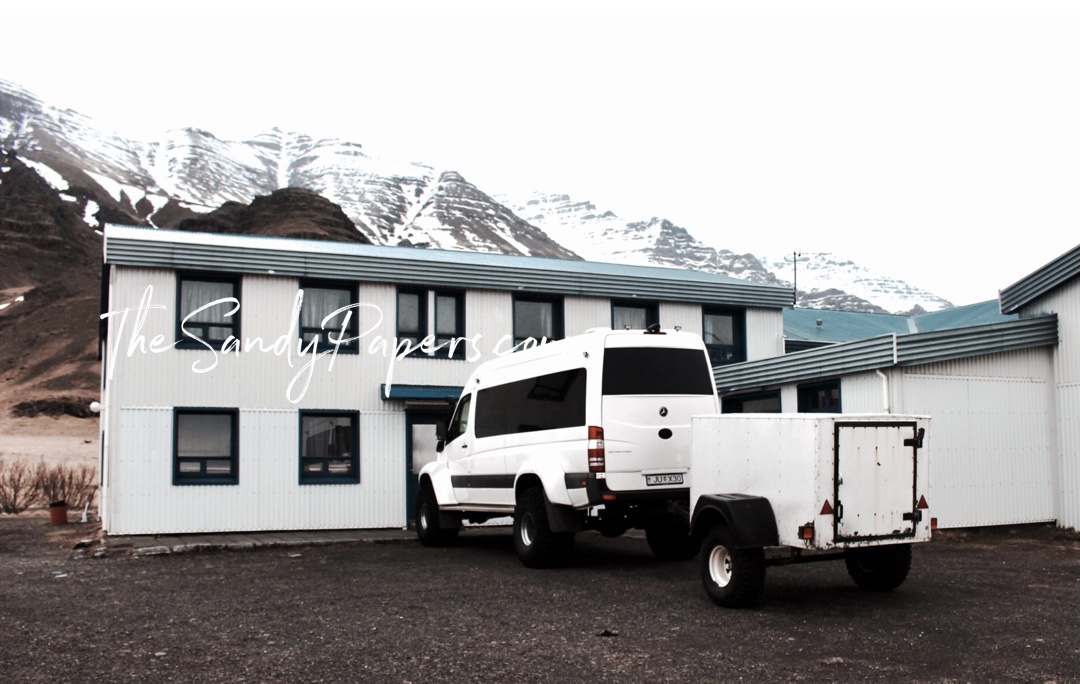 Offering stellar views and a kick-ass breakfast, this repurposed schoolhouse was a great base to use while exploring the area.

Insanely Instagrammable and hella fun to ride, the Icelandic Horse is an integral part of Icelandic life — and, perhaps, the cutest reason to visit Iceland. 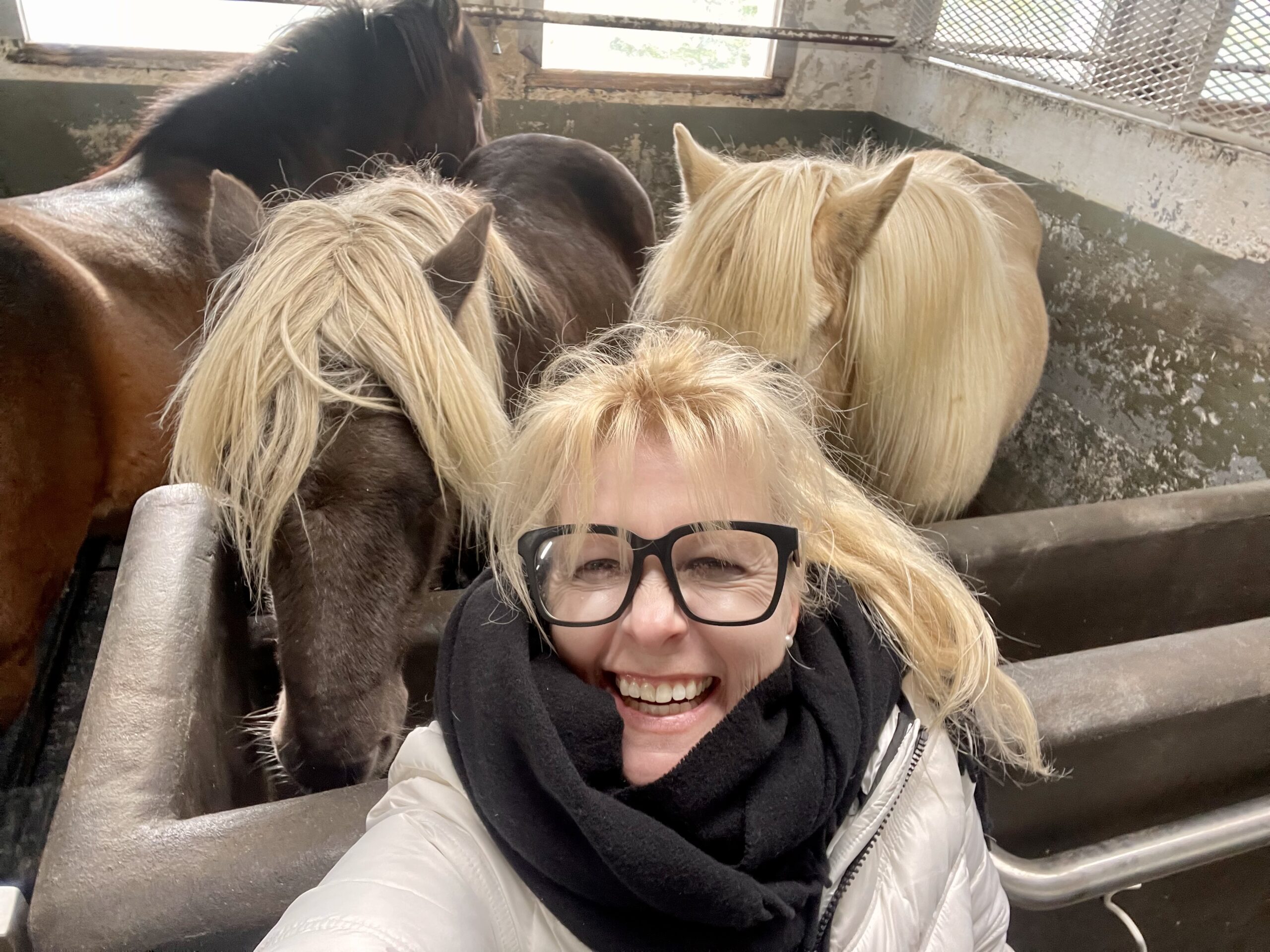 Insanely Instagrammable and hella fun to ride, the Icelandic Horse is an integral part of Icelandic life — and, perhaps, the cutest reason to visit Iceland.

Believed to have arrived with the Vikings in the late 800s, the Icelandic Horse is a hardy beast. It is able to survive on sparse amounts of grasses that grow during the harshest winter months yet is strong enough to work on the farm and carry an adult rider.  Through a law decreed in 982, no horses are allowed to enter Iceland and horses that leave are never permitted to return.   As a result, the Icelandic equine’s bloodline has remained pure for 1,000 years.  Seeing the country from the back of a horse while traipsing through lava fields is an experience not to be missed. 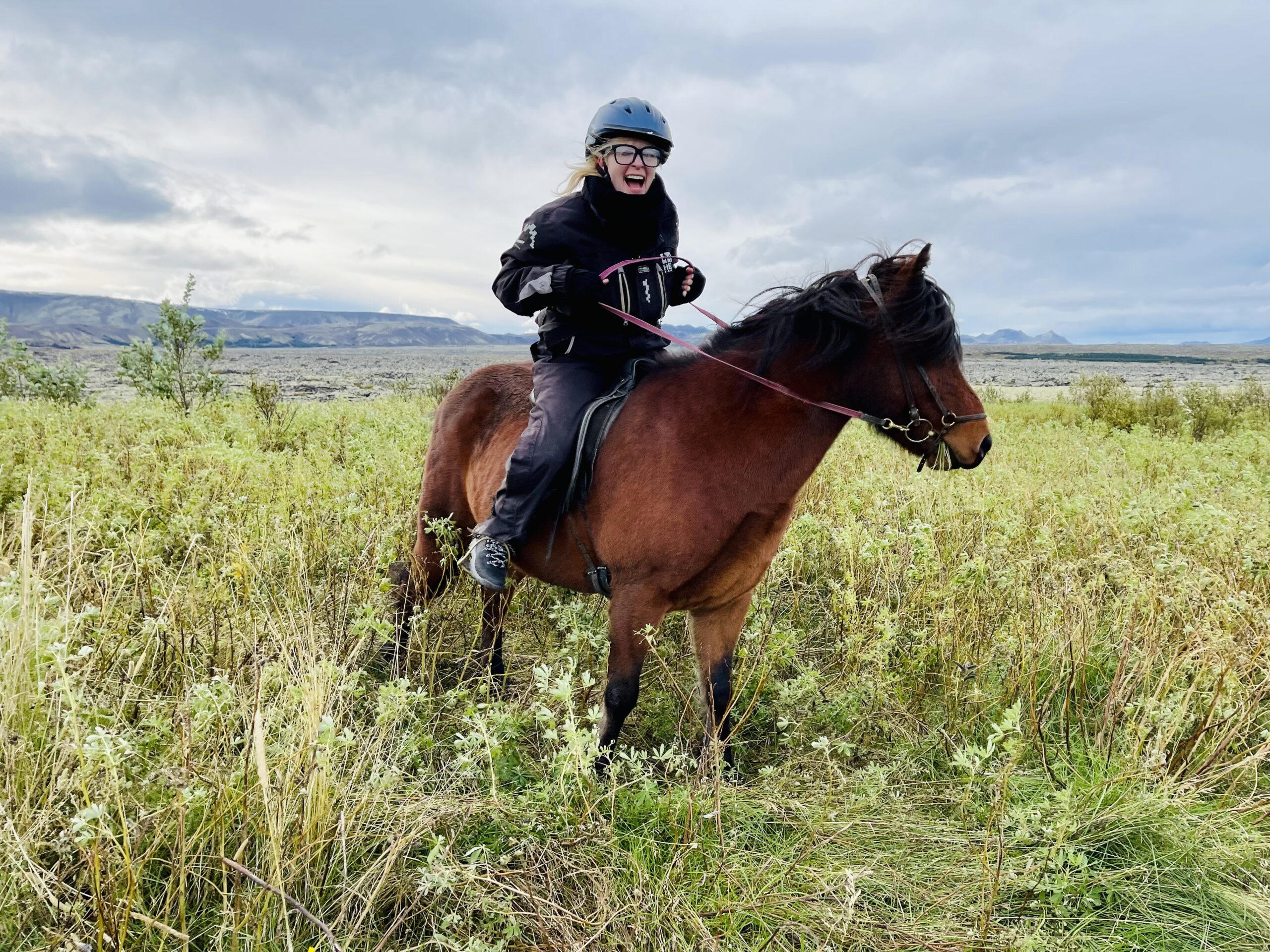 Seeing the country from the back of a horse through lava fields is an experience not to be missed.

Of course, a visit to Iceland is as much about the people as it is about the landscapes. Disarmingly warm and genuinely kind, Icelanders are also consistently rated as the happiest people in the world!   Of course, it’s hard to be unhappy when you’re surrounded by some of the most spectacular landscapes in the world — and some of the most incredible food you’ll ever eat in your life! 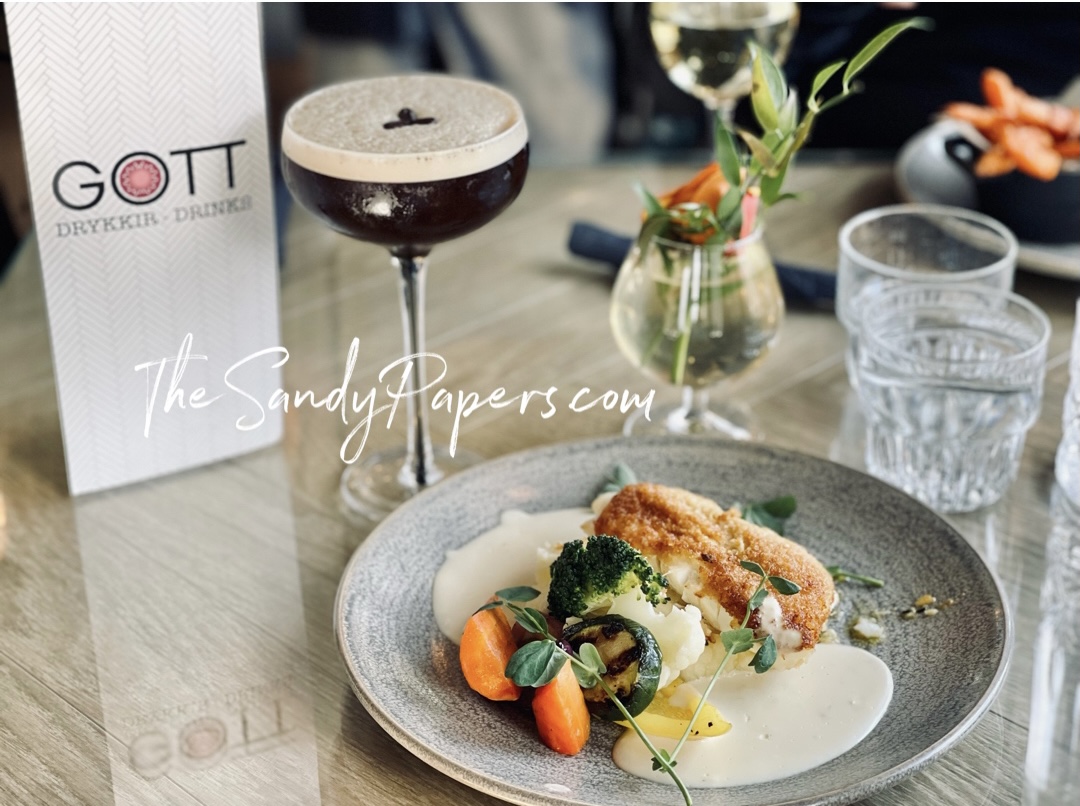 Whether you’re coming for the golf or the geysers, the Lights or the lagoons, Iceland is an unmissable destination.  Even if you’re on a lengthy layover, don’t miss the chance to take in some of the natural wonders located just a stone’s throw from its capital city.  It’s simple to string together some of Iceland’s top sites and still have a bit of time to soak of Reykjavik’s quirky charm.  x Sandy

It’s simple to string together some of Iceland’s top sites and still have a bit of time to soak of Reykjavik’s quirky charm.