Exploring the Black Forest requires stamina, y’all!  You have to park the car, get out of the car, walk through insanely picturesque villages and towns, sometimes strolling beside — gasp! — spectacular riverbeds, get back in the car and then drive to the next dazzling destination. Nightmarish indeed!

How’s a girl supposed to find the staying power to manage such Herculean feats?  By eating Schwarzwälder Kirschtorte of course! That’s right, y’all.   While driving the famed Fairy Tale Route, I began a crusade to find the best Black Forest Cake in the Black Forest! 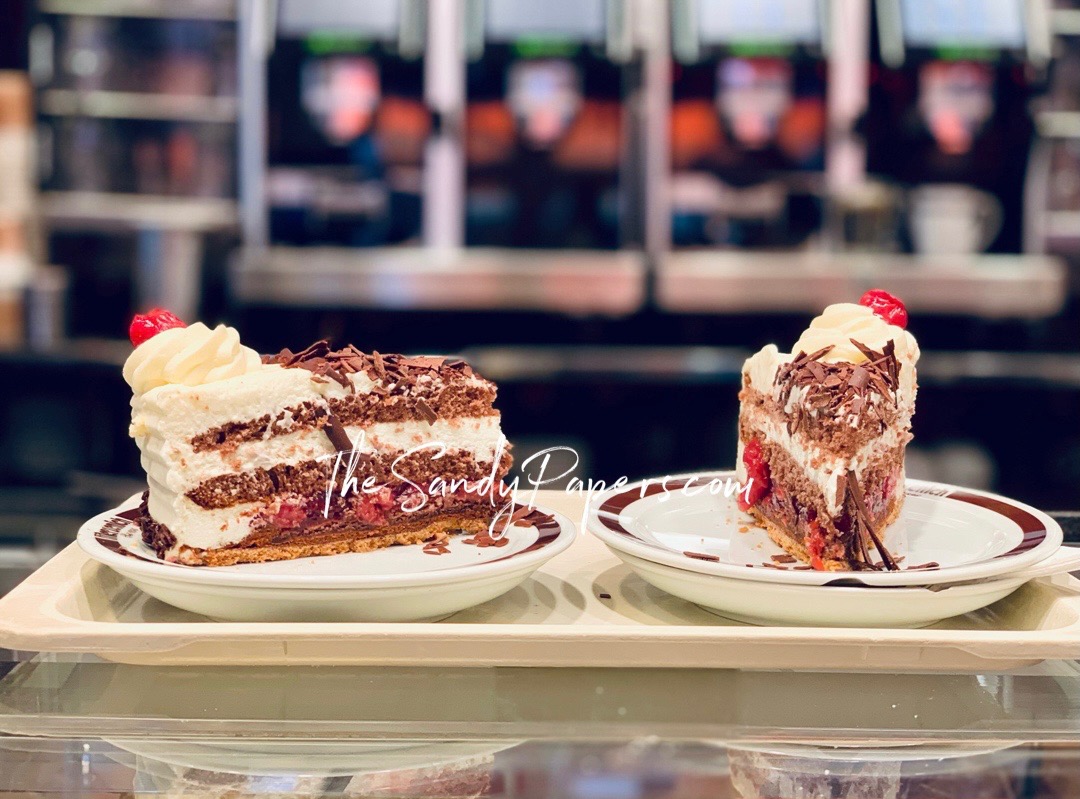 At this point, you might be asking yourself, Sandy, why do they call it Black Forest Cake?  Excellent question!  So, before I reveal the results of my search, allow me to share some fun facts about this fabulous fairy tale torte. 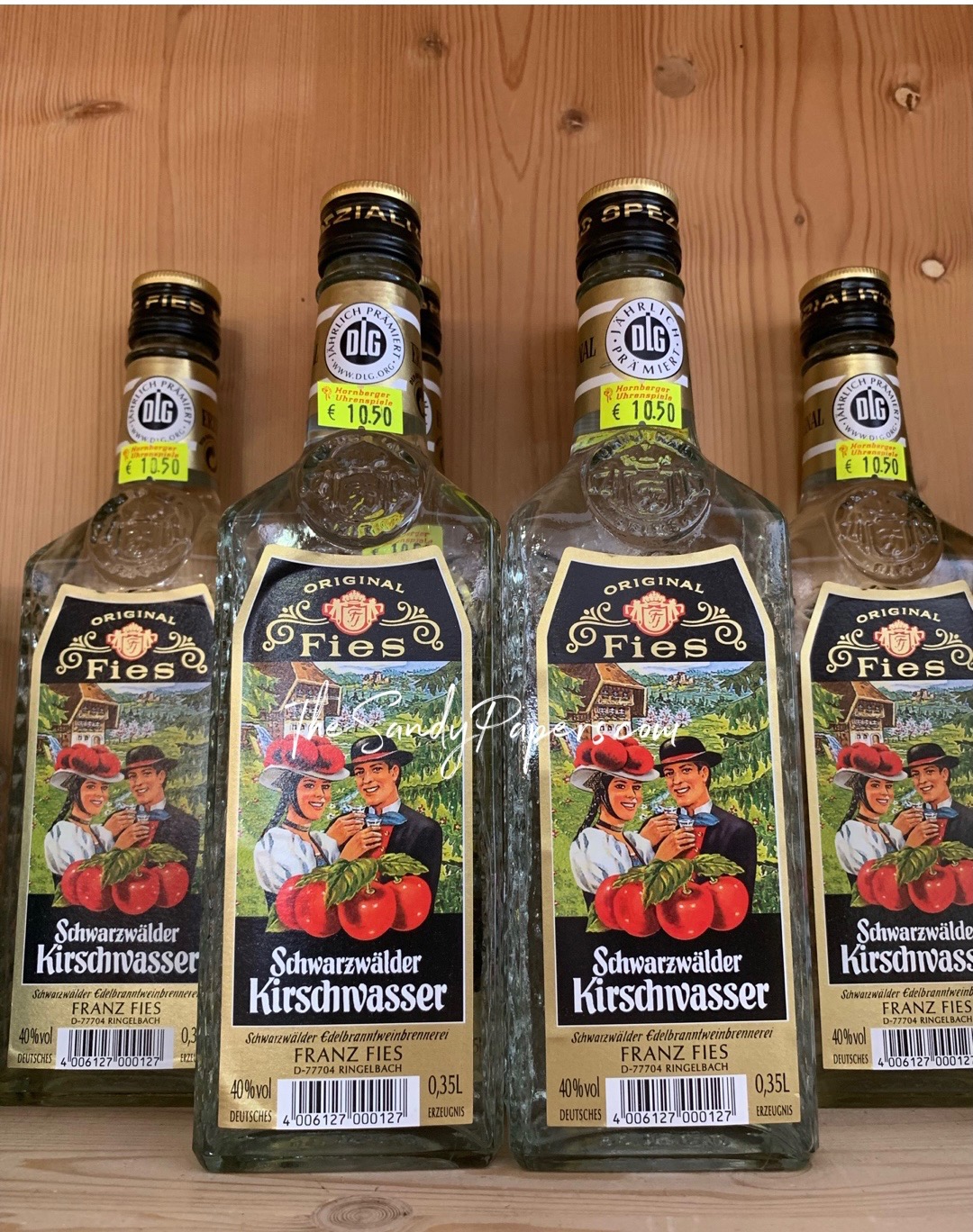 Kirschwässer, or Kirsch, is a clear, colorless cherry brandy distilled from the tart cherries originally grown in the Black Forest regions of Germany.

🍒 Believed to have originated in the Black Forest, Schwarzwälder Kirschtorte is said to be named after the liquor traditionally used to flavor the cake.  Kirschwässer, or Kirsch, is a clear, colorless cherry brandy distilled from the tart cherries originally grown in the Black Forest regions of Germany. Cherries are soaked in Kirschwässer in preparation for baking into the cake.

🍒 Alleged to have been invented by confectioner Josef Keller in 1915 at the Cafe Agner in Bad Godesberg, Keller’s handwritten recipe is said to still exist.

🍒 German law mandates that any dessert labeled Schwarzwälder Kirschtorte must include Kirschwässer. Additionally, it must include cherries, cream or butter cream, as well as a minimum of three percent cocoa in the cake batter.

So, now that we’ve got a bit of background on Germany’s most famous cake and better understand the criteria to be met, let’s wolf down some cake, y’all! 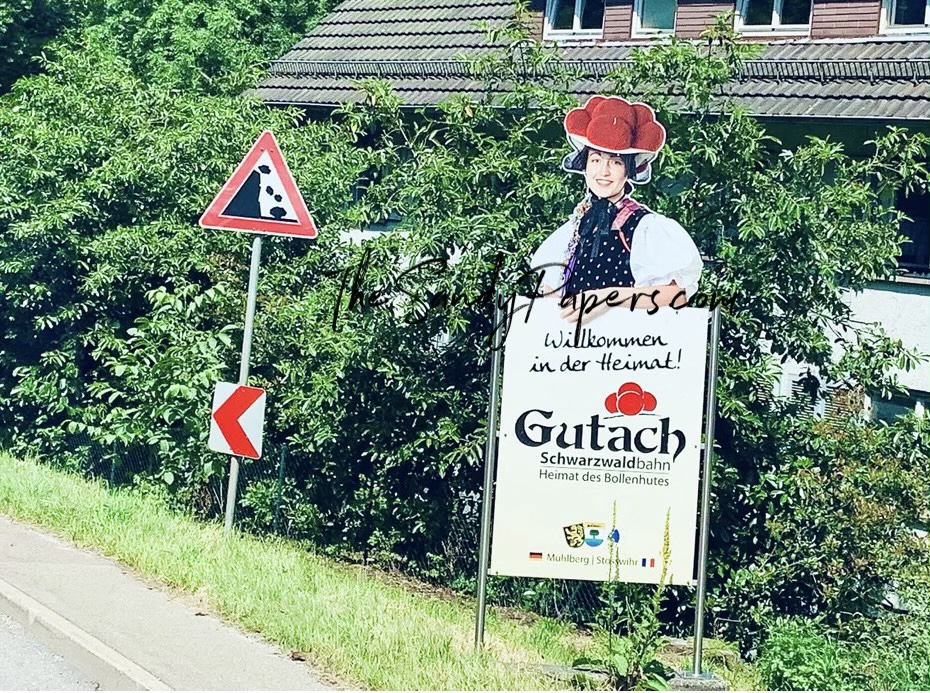 In almost every village I stopped at or stayed in along the Fairy Tale Route (Steinau, do better!), I found a bakery and ordered a slice of Schwarzwälder Kirschtorte.  As I ate the cake, I graded it using my patented Five-Wolf Rating System:

Now, you might be saying to yourself, oh, Sandy, what big eyes you have.  And I’d say, all the better to see the cakes with, my dear.  And, with that, I’ll huff and I’ll puff and I’ll begin my search in the historic heart of Baden Baden. 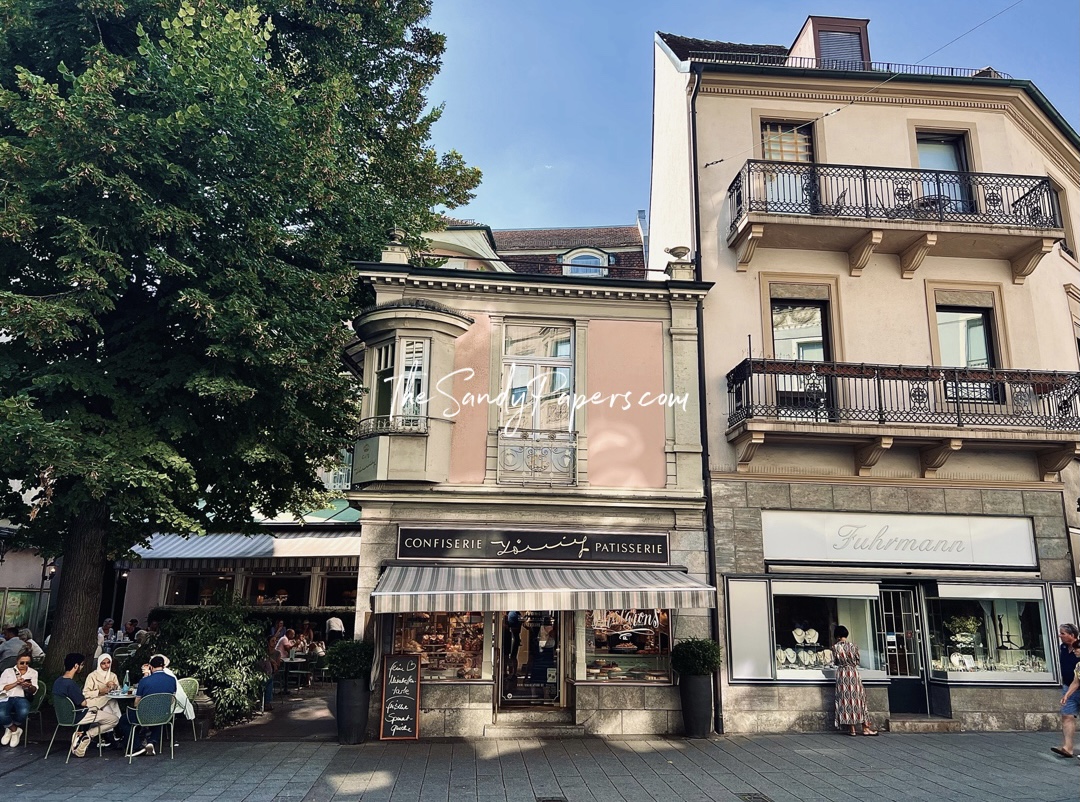 Winner:  Cafe König, Baden Baden.   Impossibly light and unmistakably chocolate, the super-boozy cherries put Cafe König firmly into the winner’s circle.  Yes, if Hansel and Gretel had stumbled across a house made of cake instead of candy, this would be it.  🐺🐺🐺🐺🐺 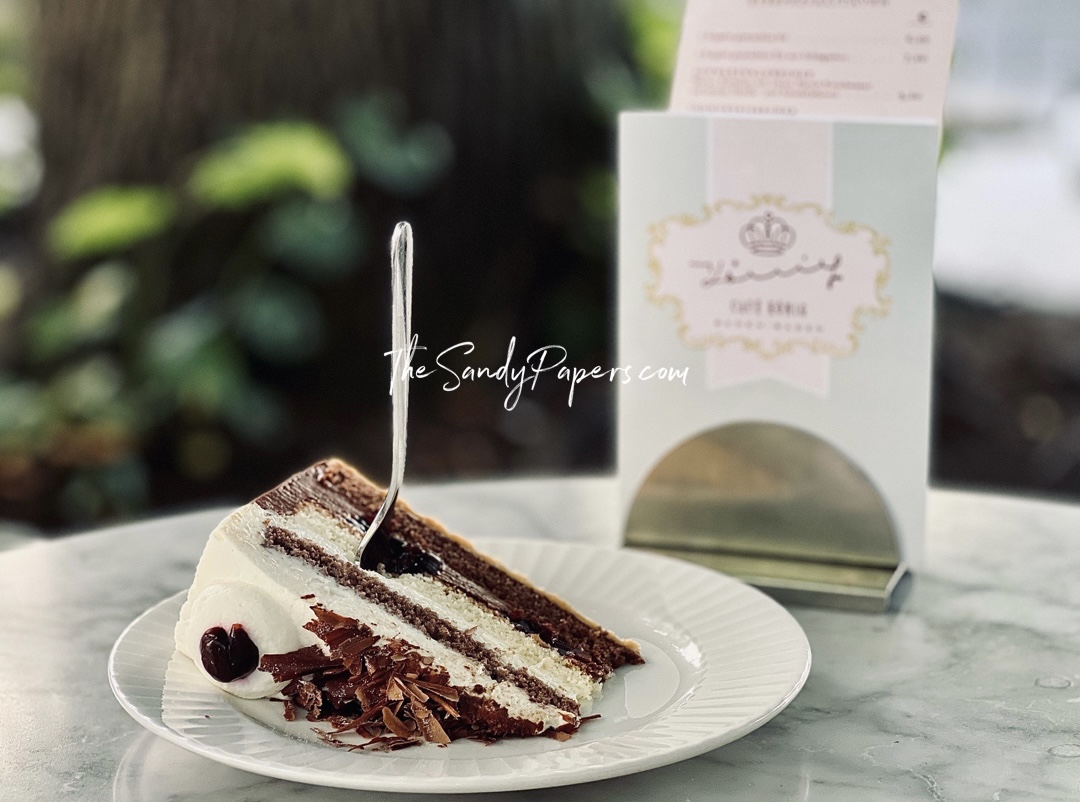 Tie, Runner-up:  Cafe Rahn, Alsfeld.   Cream is excellent!   Cake slice is thin but packed with flavor.  Cake is light and impossibly fluffy.  Shavings are good. Best of all, the cherries are super-boozy. 🐺🐺🐺🐺 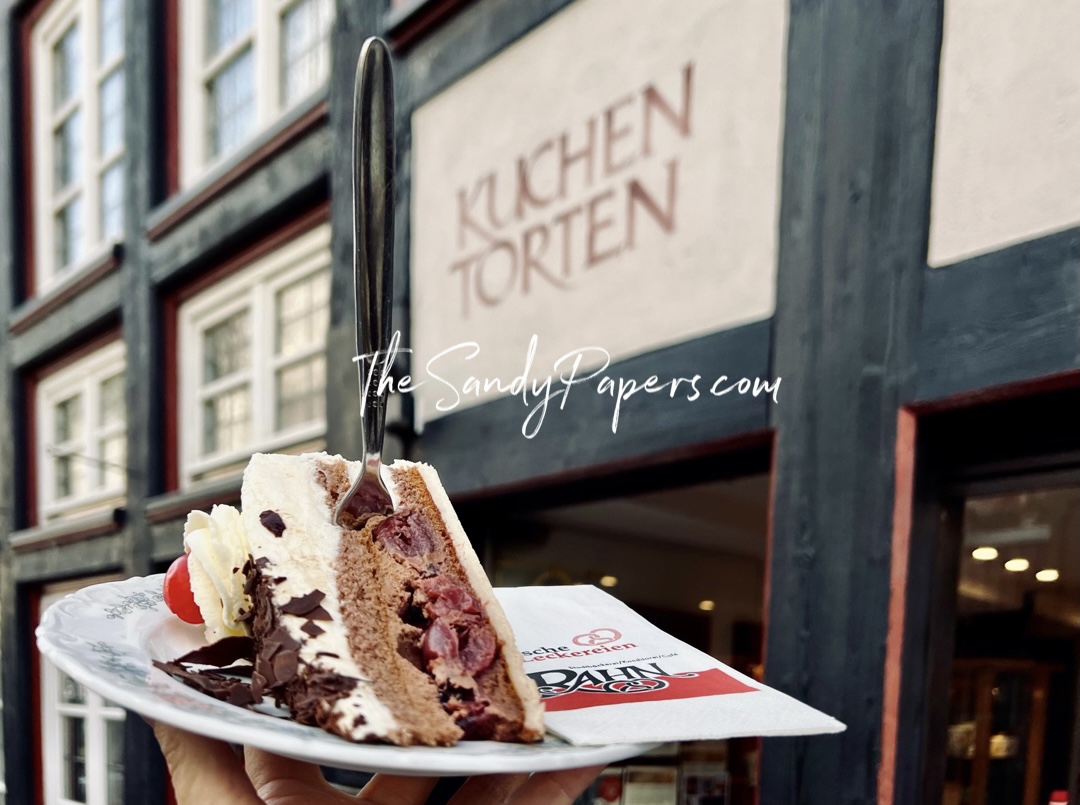 Tie, Runner-up:  Cafe Bach, Bad Wildungen.  Boozy cherries, buttery crust and beautiful ribbons of chocolate placed around the entire top of the cake makes this slice a must-try! If you can’t make it all the way out to Bad Wildungen, at this writing, Cafe Bach also has a storefront in Kassel.  🐺🐺🐺🐺 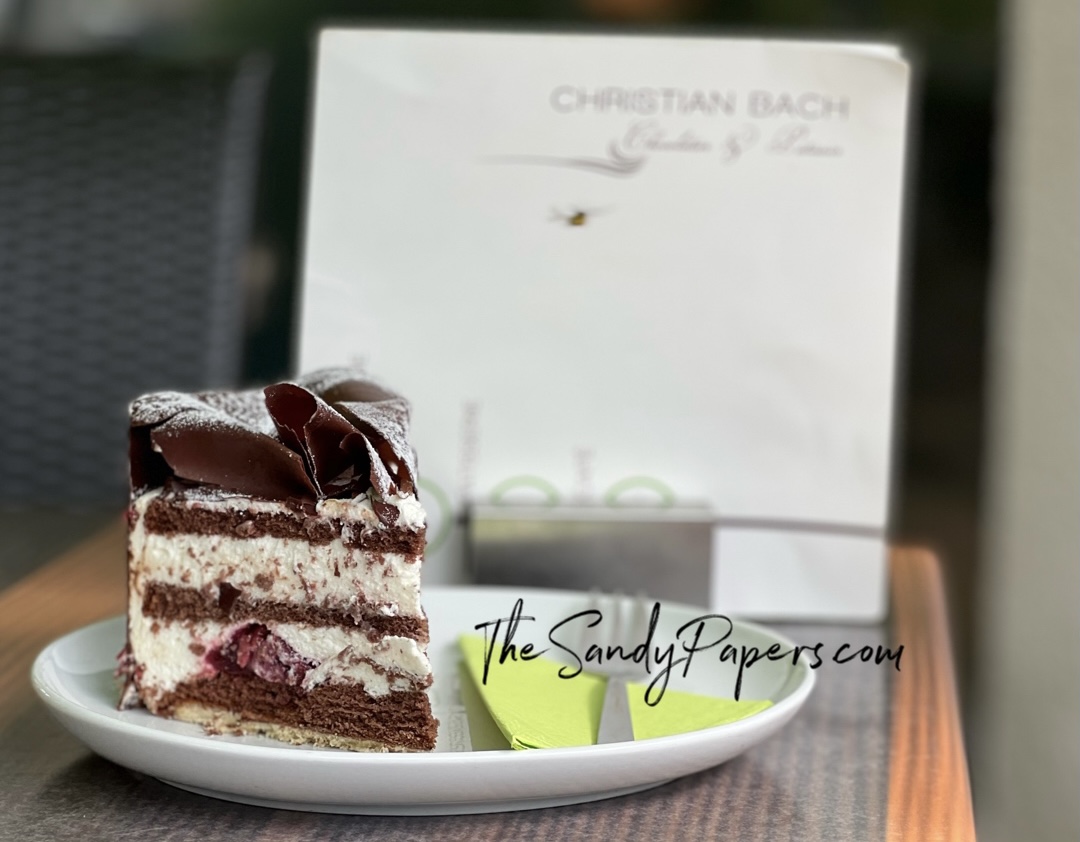 Zimt & Zucker, Hann. Munden.  Topped with eggnog, this cake was such a surprise!   The bottom layer of chocolate cake has the texture of a buttery crumble.  Yum!  Cream is flawless.  Cherries are fresh and a bit boozy, but not quite boozy enough for me.  🐺🐺🐺 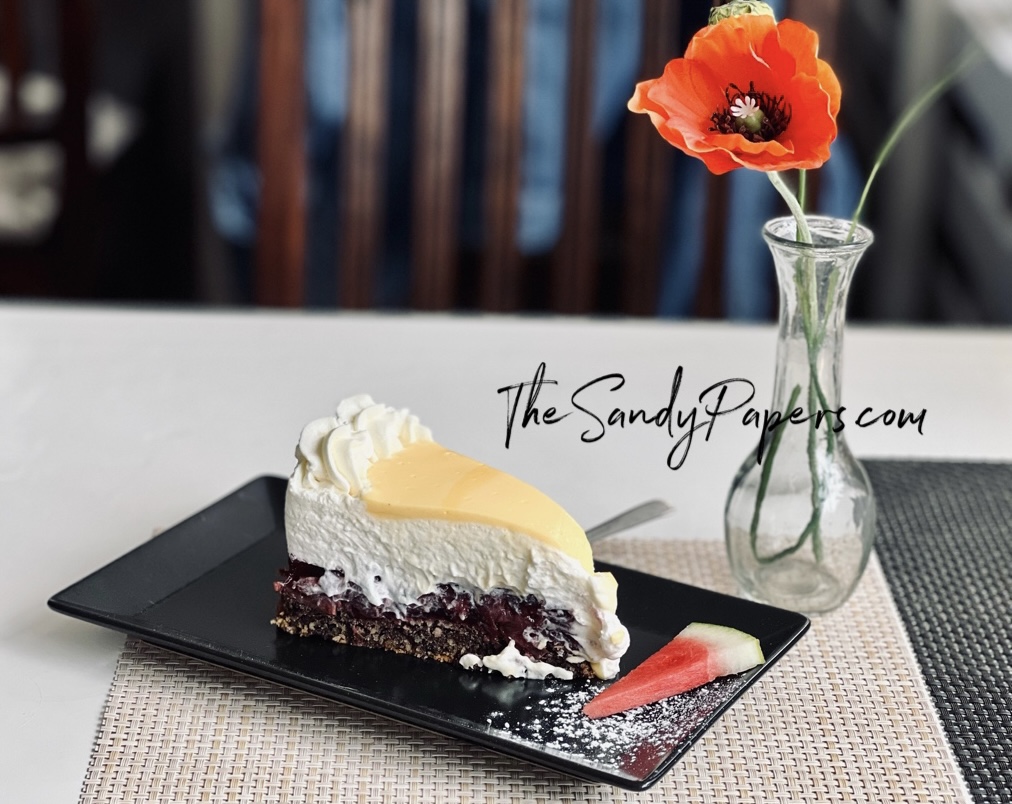 Cafe Am Markt, Marburg.  Garnishes were a nice touch, especially the blackberry.  Whipped cream was thicker than any other cake I’ve tried.  Almost like a buttercream.  Not boozy enough, though.  I need the booze, y’all. 🐺🐺 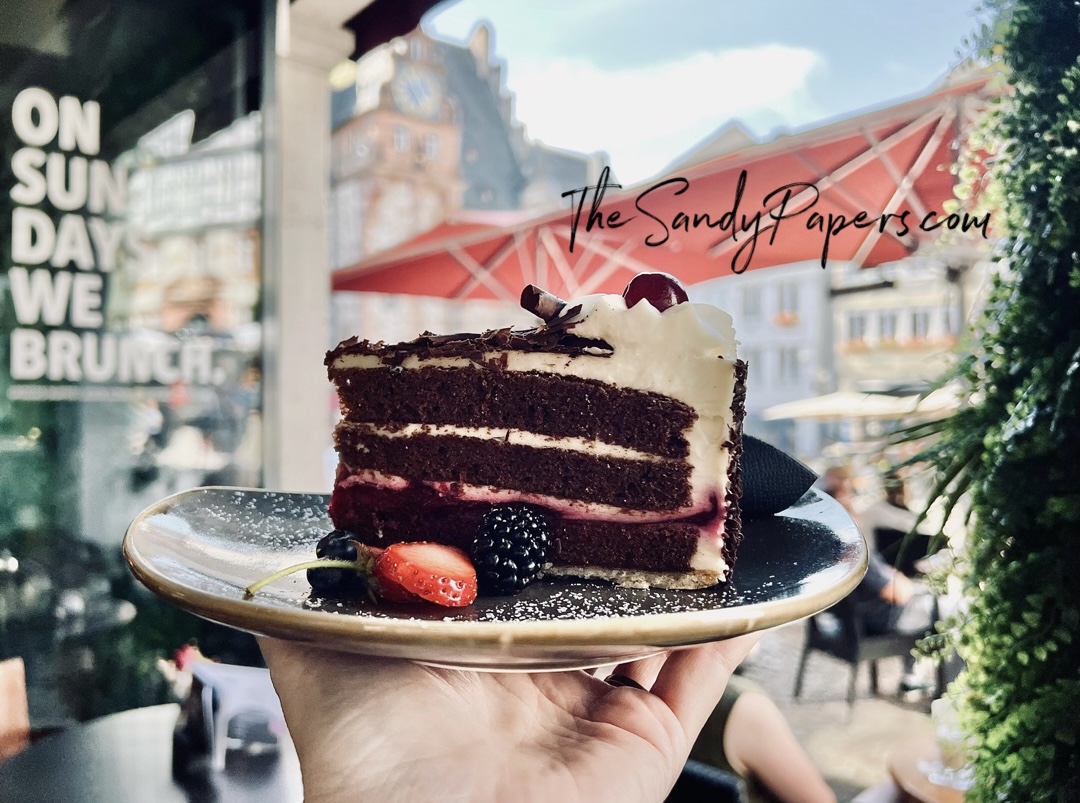 Cron & Lanz, Gottingen.  Rolled instead of sliced, the presentation is simple and lovely.  Cherries are good, slightly sweet but no booze detected.  The cream and chocolate shavings were divine, though.  🐺🐺 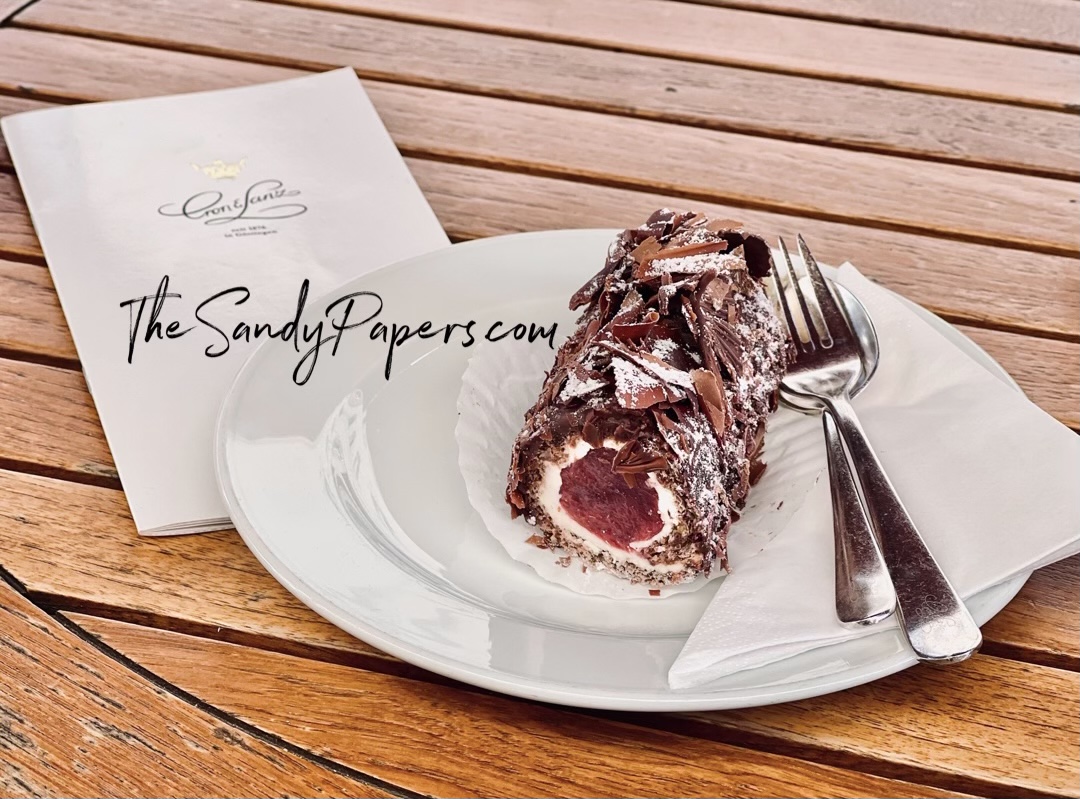 Cafe Schien, Hanau.  Whipped cream dominates.  And, while I don’t hate the cherries, the Kirsch was barely detectable. Chocolate shavings and a light dusting of powered sugar were a lovely touch, but I expected more from the Grimm Brothers’ birthplace.  🐺 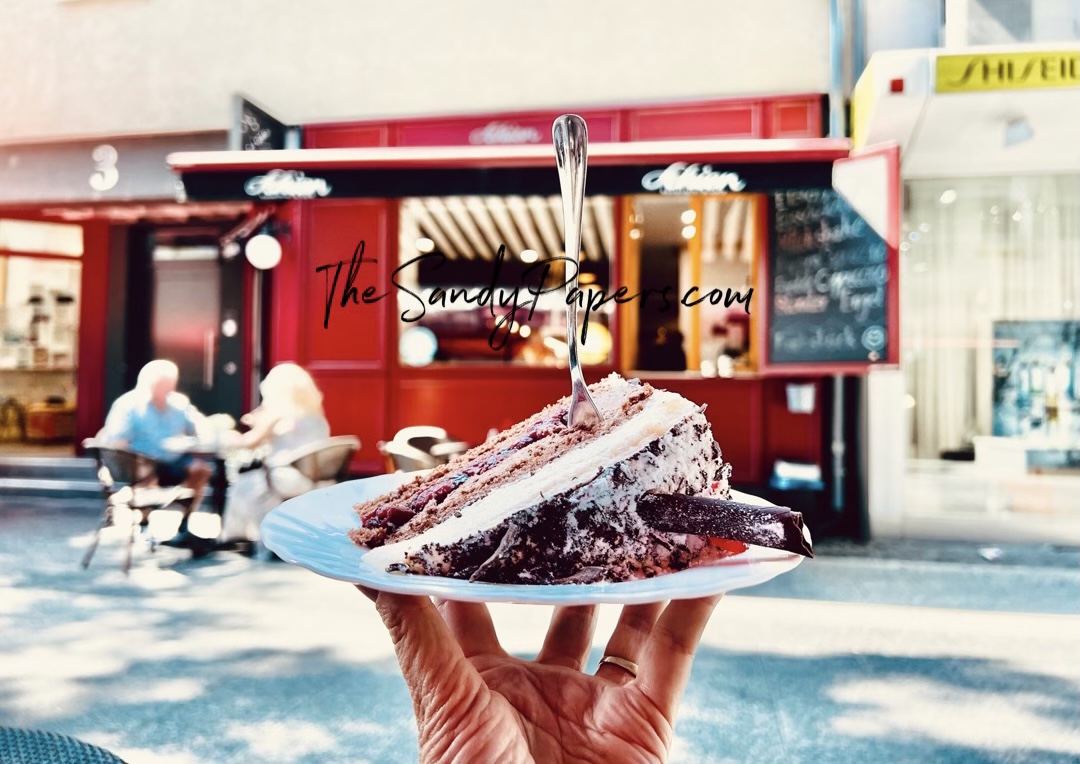 So, there you have it:  A super-fancy, extremely serious recap of my search.  I certainly hope you’ve enjoyed reading about my quest to find the best Schwarzwälder Kirschtorte in and around Schwarzwald (English: The Black Forest).  Regardless of the rating awarded to each cafe, I would be remiss if I failed to mention that I received warm, wonderful hospitality in every single cafe I visited along the way. 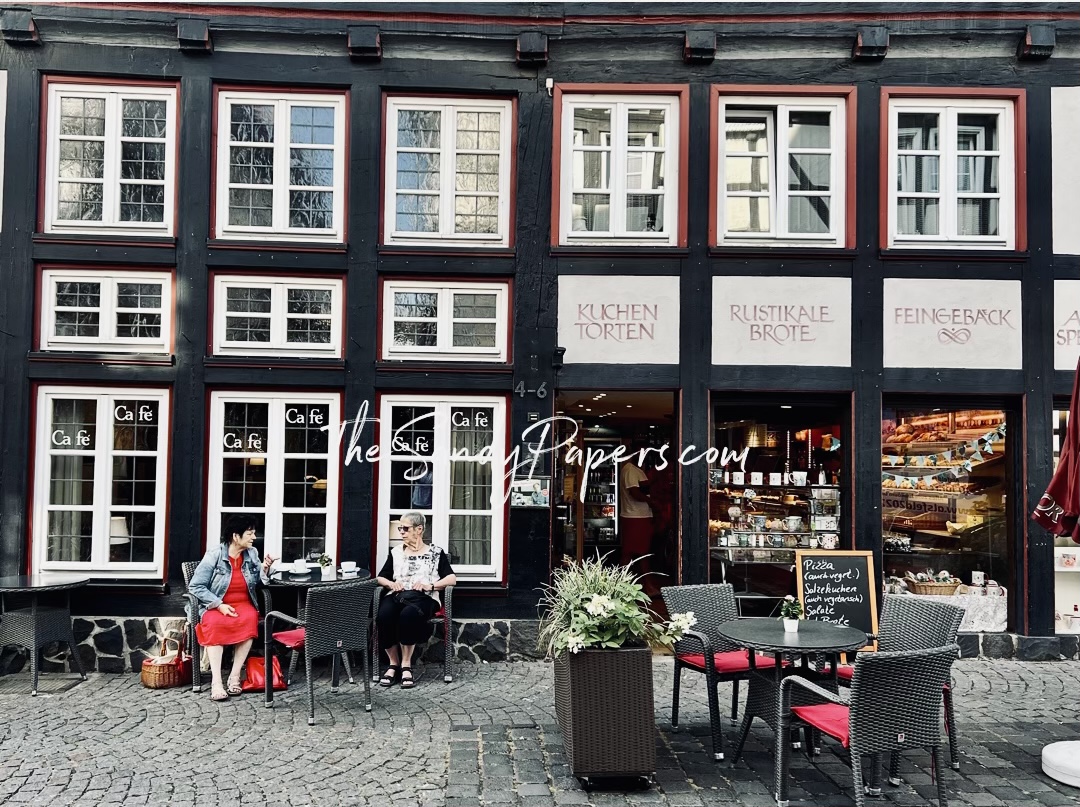 And, while my search has come to an end this year, worry not, y’all.  Rest assured, I’ll still be as hungry as a wolf for Schwarzwälder Kirschtorte when I return.  Until then, stay sweet and travel happy!  x, Sandy