Parisian markets are among the best markets in the entire world! And, in the heart of the city, you’ll find Marché aux Fleurs Reine Elizabeth II. Formerly known as the Marché aux Fleurs et aux Oiseaux, this spectacular flower (and bird!) market on the banks of the Seine was recently renamed in honor of the British queen when the Queen of England came to France for the 70th anniversary commemorations honoring D-Day.

If you’ve arrived on the island by Metro, take a moment to marvel at this charming little subway stop. Notice the elegantly-arched globe lighting in the tunnel as you exit the train. As you make the climb out of the Metro, you’ll see the Art Nouveau “Metropolitian” sign as you exit. One of the few remaining cast iron and glass signs designed by architect Hector Guimard at the turn of the 20th Century, it is worth taking a minute to admire it before turning your attention toward the flower stalls.

Showcasing a stunning array of flowers, plants and shrubs native to Western Europe, this market also offers an impressive choice of tropical blossoms. It is a darling place to pick up a bottle or two (or, in this case, three!) of one of my favorite handcrafted perfumes. Also on offer are a delightful selection of accessories for your home and garden.

And, if you should find yourself in Central Paris on Sunday, you’ll most likely hear this market well before you spot it because, you see, on Sundays this market goes to the birds! For bird-keeping enthusiasts, the birds are the main reason to visit Marché aux Oiseaux on Sunday. Oftentimes, particularly rare and valuable birds will have a number of people crowded around engaging in animated conversation in front of their cages. Indeed, some of the cages will prove as interesting as the birds housed inside them.

Speaking of interesting, on this visit, I was lucky enough to meet Lionel Viviani, the man who welcomed the Queen on the day of the market’s renaming, as well as Lionel’s dog, Marguerite. Marguerite gives side-eye like nobody’s business and Lionel is a rather charming character who, quiet literally, appears to have stepped out of a Victorian picturebook. During our chat, I happened to spot a photo which has been thoughtfully framed and hangs in Lionel’s private office. In the photo, Lionel is seen greeting Queen Elizabeth II as she enters the flower market, alongside the former President of France, Francois Mitterrand. As Lionel excitedly shared the story with me, his joy was contagious and I left his shop feeling as if I had experienced the moment with him.

When you close your eyes and imagine Paris, you would be hard-pressed to conjure up a more perfect way to spend an afternoon than browsing the stalls at Marché aux Fleurs et aux Oiseaux. At this writing, it is open every day of the week from 9:30 a.m. to 7:15 p.m. Held since 1808 on Place Lépine on the Ile de la Cité, this dreamy little market is an absolutely must-see in Paris.

Ready to book your next vacation? Start here! Sandy Nelson, The Sandy Papers, (703) 975-1747, TheSandyPapers@aol.com, TheSandyPapers.com, Specializing in Europe and the Exotics.

Welcome to the Flower Market! 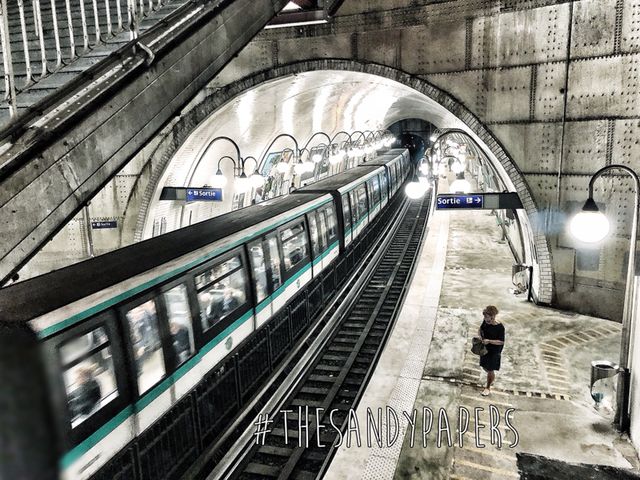 Notice the elegantly-arched globe lighting in the tunnel as you exit the train.

A stunning array of florals in every direction. 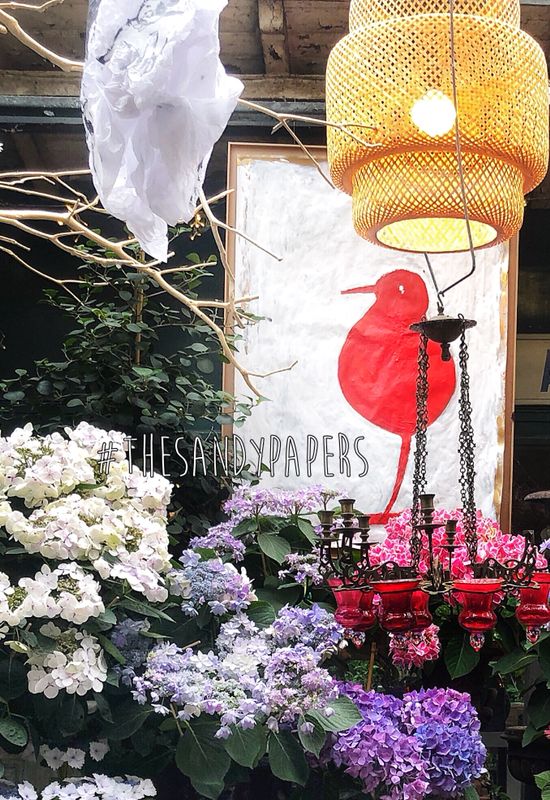 A delightful array of home accessories are also on offer. 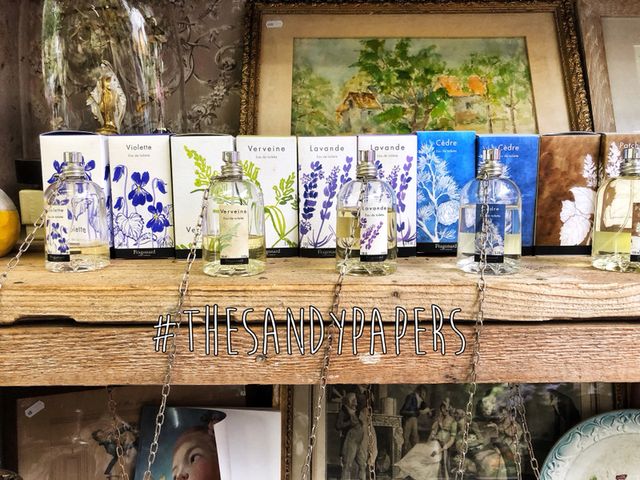 Can you guess which one is my favorite? (Hint: You can’t see the entire label in this photo.) 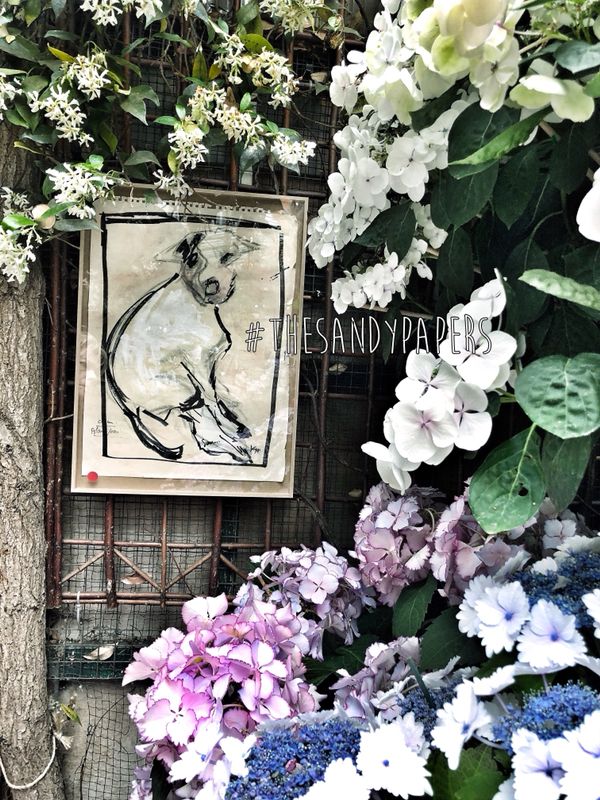 The perfect place to while away an afternoon in Paris. 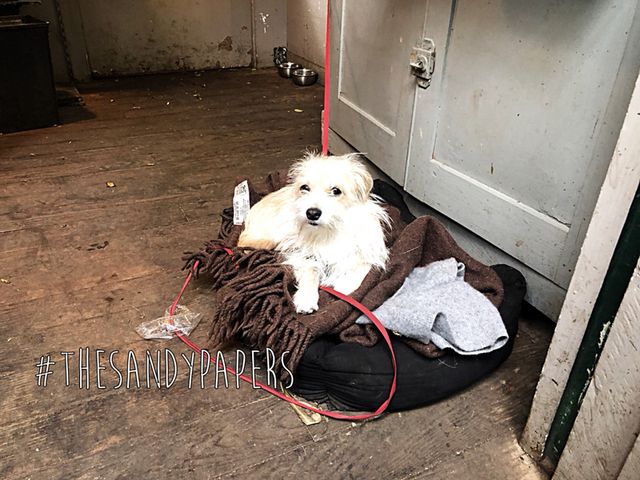 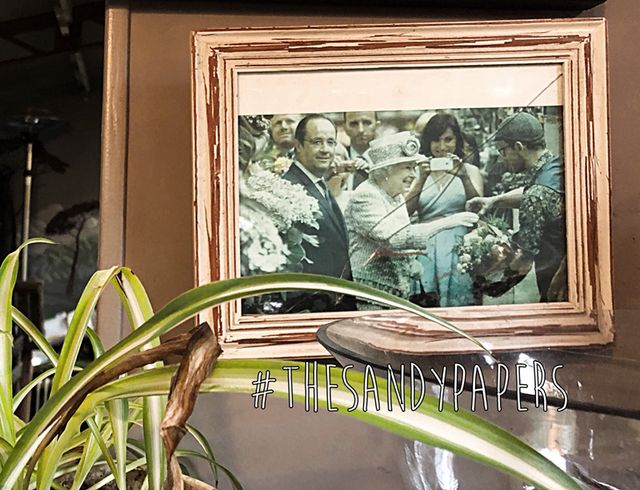